One does not simply... add moar boosters.

Or maybe one does...

To cut a long story short, I've been looking for a way to launch my extra-wide 20-tonne Mun Truck for a while. By the way, I'm playing a FAR career game on a tight budget. It's waaaay too wide to fit in a Mk3 spaceplane, and any attempt to slap it on top of a rocket, even a very big one, ended in disaster. Waaay too top-heavy, or top-draggy rather (which tends to make your rocket want to fly backwards in FAR).

So in despair, and for Science, I sandwiched the offending hardware between four of the biggest boosters the game has to offer. I added a couple of deluxe winglets, more for peace of mind than out of real conviction that my ploy might actually work. Then I hit Launch.... Guess what happened next... 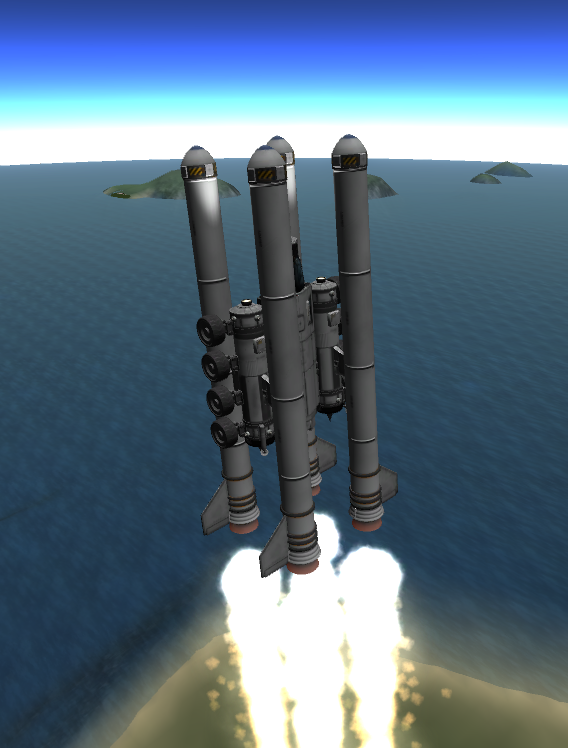 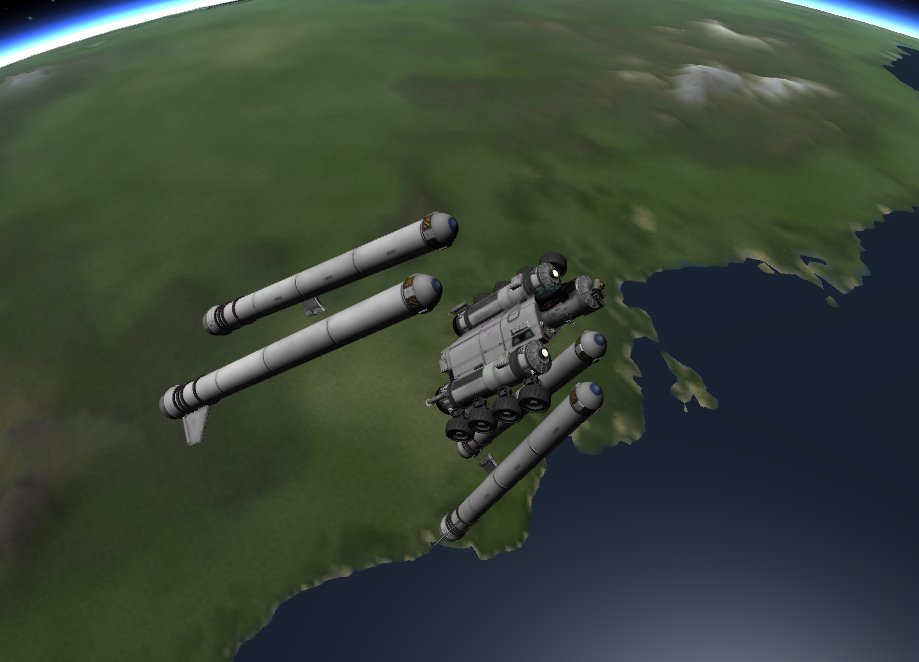 And an apoapsis of nearly 250 klicks; one huge circularization later I was ready to re-fuel and head off to rove the Mun... 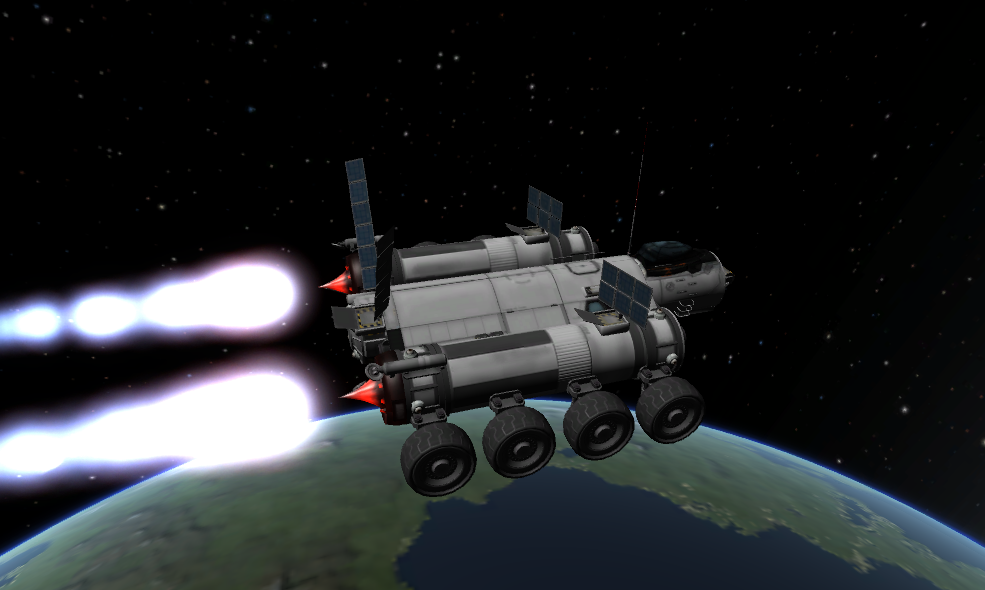