I've found that a separated fairing that ends up getting stuck in another part on the craft causes a few odd issues.

I have a craft with an interstage fairing and the fairing very slightly clips into the heat shield casing and when jettisoning the fairing part of it can become stuck. The reason it gets stuck is because I've offset the decoupler slightly inside the heat shield case, for aesthetic reasons. This offset is what causes the fairing to get stuck, but it's the consequence of the stuck fairing that I'm reporting about (as I'm sure there are other ways to get a fairing stuck).

If a jettisoned fairing panel becomes stuck or remains in contact with a craft then:

- The orbit in map mode goes haywire; no orbital path can be seen, but the Ap and Pe nodes are still present but are not in the right places (although the values they report are correct I think).

I've created a simpler craft that has the required design to make this issue happen. This is it in the VAB, I've highlighted the small upper fairing panel which that part that clips into the heat shield casing (the fairing is expanded so it's outside the casing in the picture, when not expanded it is inside the casing). 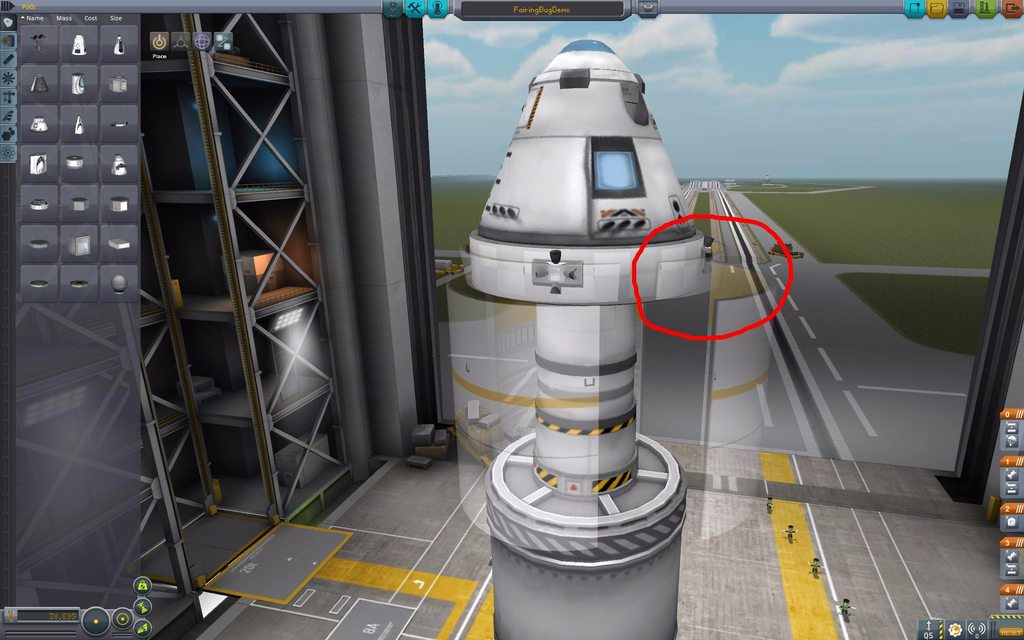 The separation is messy as the panels collide with the casing. It always seems that all sections but 1 end up clear of the craft, just 1 faring panel always remains stuck 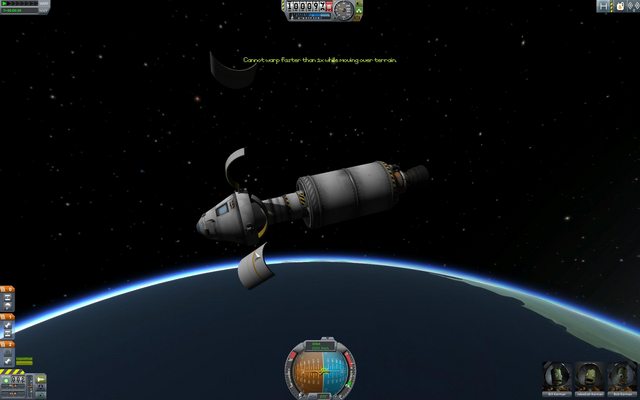 In these two pics you can see the fairing panel stuck, clipped partly into the heat-shield casing and in the second picture is the message about not being able to warp while moving over terrain. 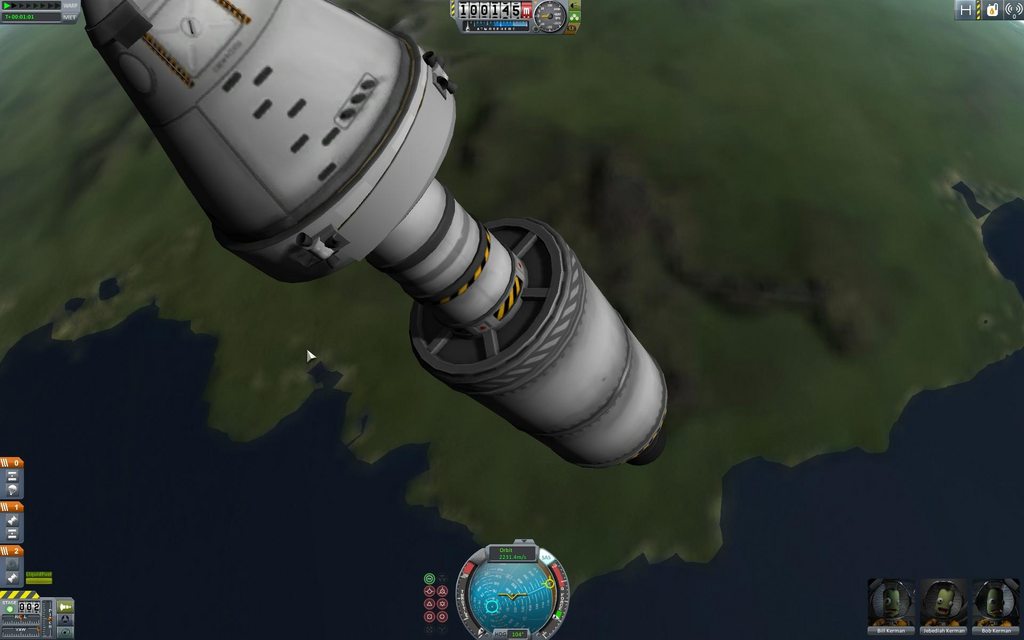 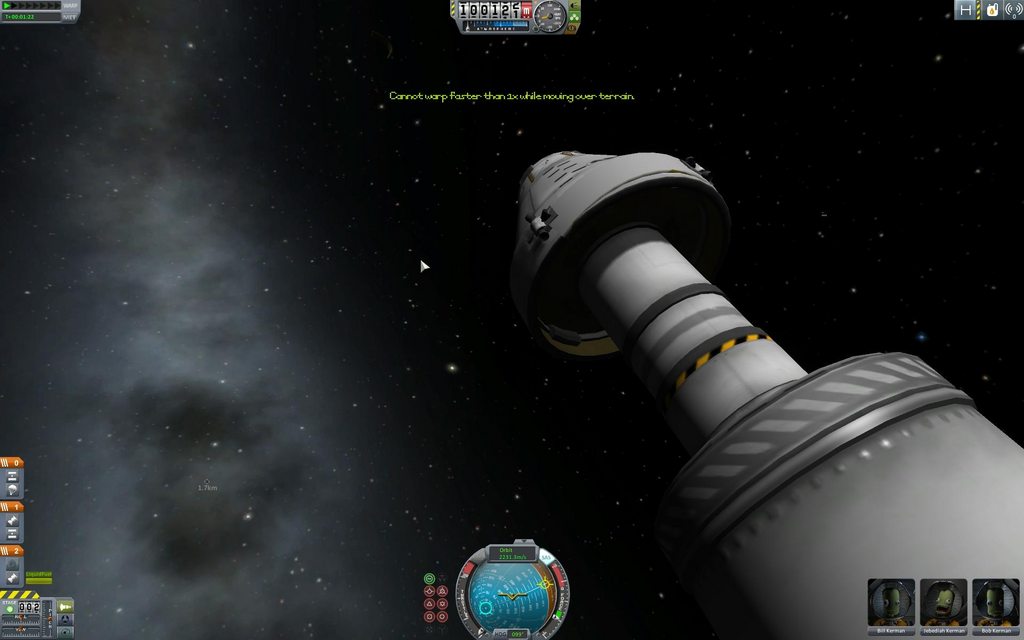 This is what happens in map mode; There is no blue orbital path and note the Ap marker quite some distance away from the actual orbit. Sometimes both markers are visible and sometimes they are static, in this test run just the Ap marker could be seen and it was flickering about all over the place. 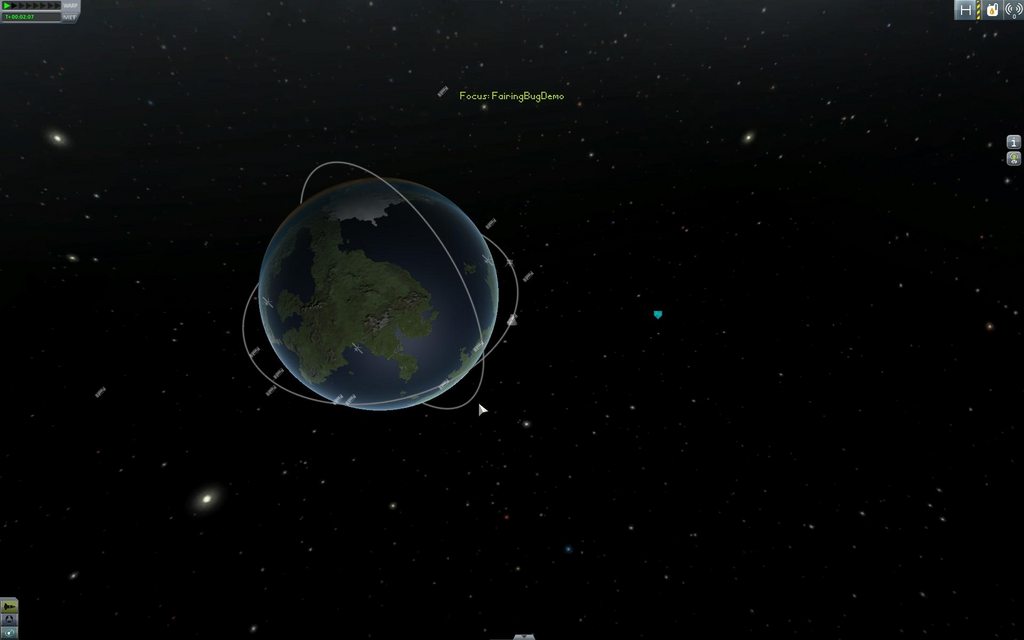 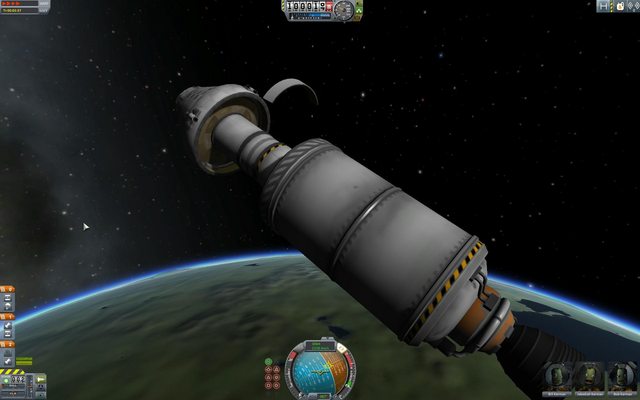 Once dislodged the orbit in map mode returns to normal and I'm able to time warp again. 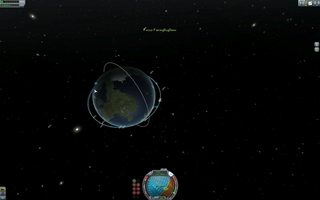 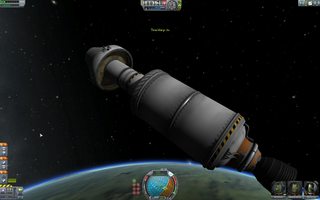 Here is a craft that will cause this issue to happen. http://kerbalx.com/katateochi/FairingBugDemo

Take it into orbit and jettison the fairings. Most times 1 panel will remain stuck in the heat-shield casing and the issue can then be seen.