Fuel is drawn from tanks that are segregated by decouplers without the presence of a fuel line. This is highly detrimental to airbreathing SSTO spaceplanes attempting to deliver fuel-containing payloads to orbit. Below is a test craft which represents a cargo-containing SSTO and demonstrates the detriments of this. 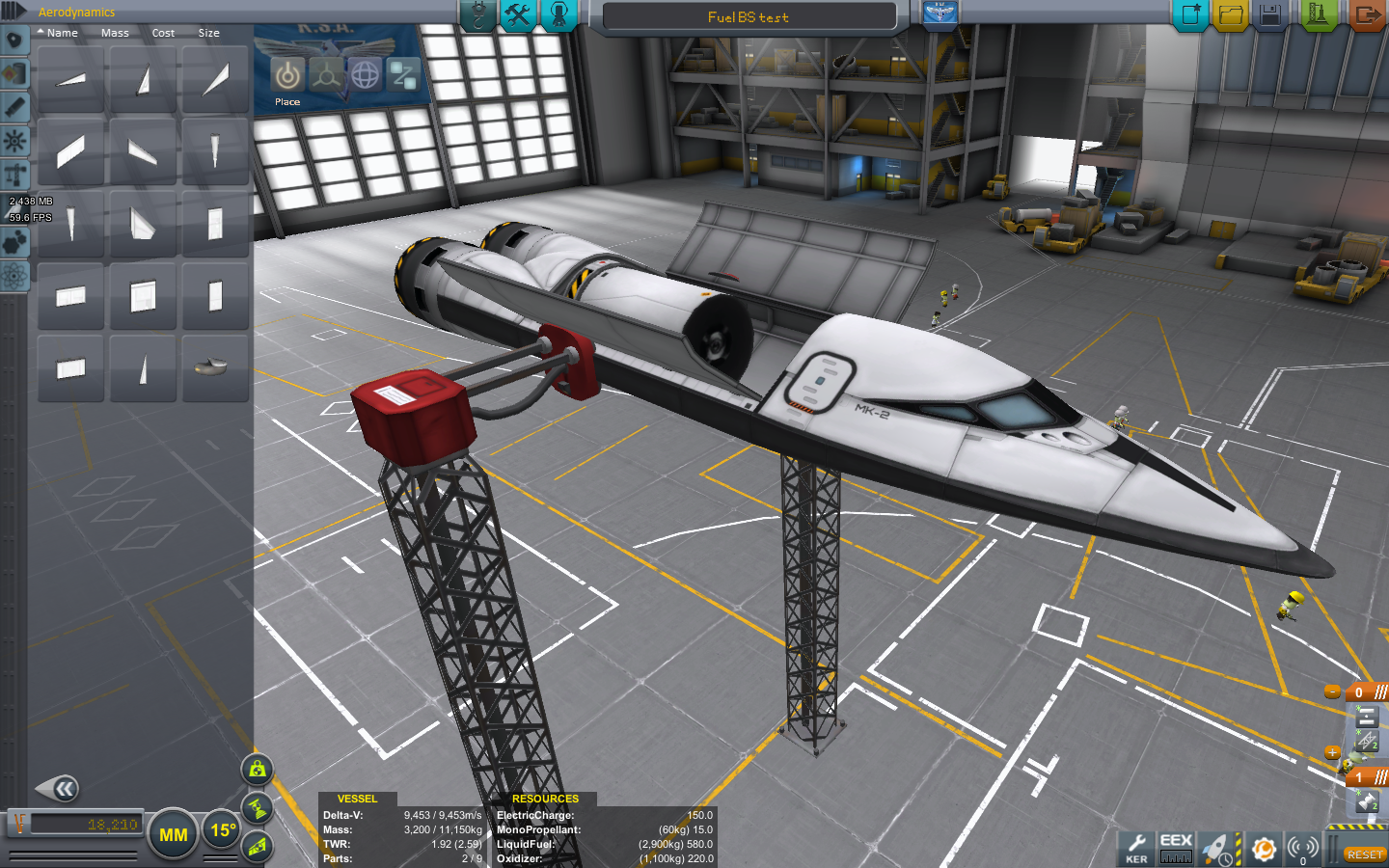