Having vessel+lander simultaneously in atmosphere

A silly question, I have a problem trying to launch a lander from an aircraft and I don't know why it is not working (inexperienced player here).

Both are coupled when taking off the runway (with 2 distinct manned command modules).

Then above Kerbin (~4000m) I decouple the lander (which deploys its parachute) and I remain in control of the aircraft to land it safely. After a couple of seconds/minutes, the lander disappears (console says debris crashed / crew killed)..

If I remain in control of the lander instead (switching right after decoupling), the lander lands cleanly and the aircraft (marker in the sky) eventually disappears.. console says that the crew was killed, no mention of the vessel (which DID NOT crash)..

The point is, if I manage the land the aircraft ASAP, remaining as close as possible to the land site (and the lander under chute), the lander doesn't "crash" nor disappear and I can do what expected: switching/recovering vessel or lander, even taking off and flying further, it doesn't matter anymore (as far as the lander actually landed, I guess).

What am I doing wrong? Is it a game limitation? Any workaround? 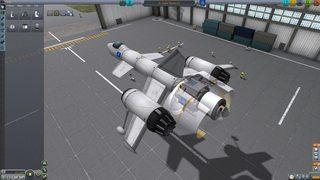 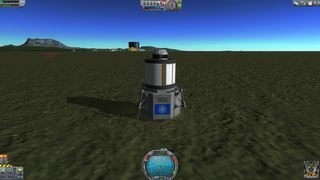