Why does my rocket keep exploding?

I hope I am not posting in the wrong forum with this. I am hoping for some mentoring in this flying to minmus thing.

I am in sandbox mode.

Basically, I flew successfully to Minmus in an adapted version of the Kerbal X (just a bit more fuel for the lander) & landed safely.

But, (long story short) Jim Kerbal somehow bumped into the craft and tipped it over. Attempts to right it failed and the thing exploded. I have three surviving Kerbals on Minmus, and I need to send up an unmanned craft to rescue them.

So now I am trying to get a lander up there and back. My problem at this stage is building ze rocket.

Lander (with plenty of fuel to get back)

And because I am a n00b, I am still using mechjeb (blush)

My problem is this: the thing behaves oddly in flight.

Initially it got off to to a grand start and managed to get to the top of the atmosphere without exploding.

But at the last stage of the launcher, i seemed to lose steering authority, or whatever it is called. The nose just dropped and we headed back home, going back into the atmosphere at more than a km per second. Not good.

I added some fins to the central stage, making sure they were not tangled up with the asparagus trappings.

But now the thing explodes violently the moment the first stage (the boosters to right and left in the picture below) detaches.

I can't figure out why.

They cut off and fall away as they should, and then suddenly there is a huge explosion & then boosters 3 and 4 zoom off on their own, ram into the top stage, and blows everything to kingdom come.

Any advice would be appreciated? 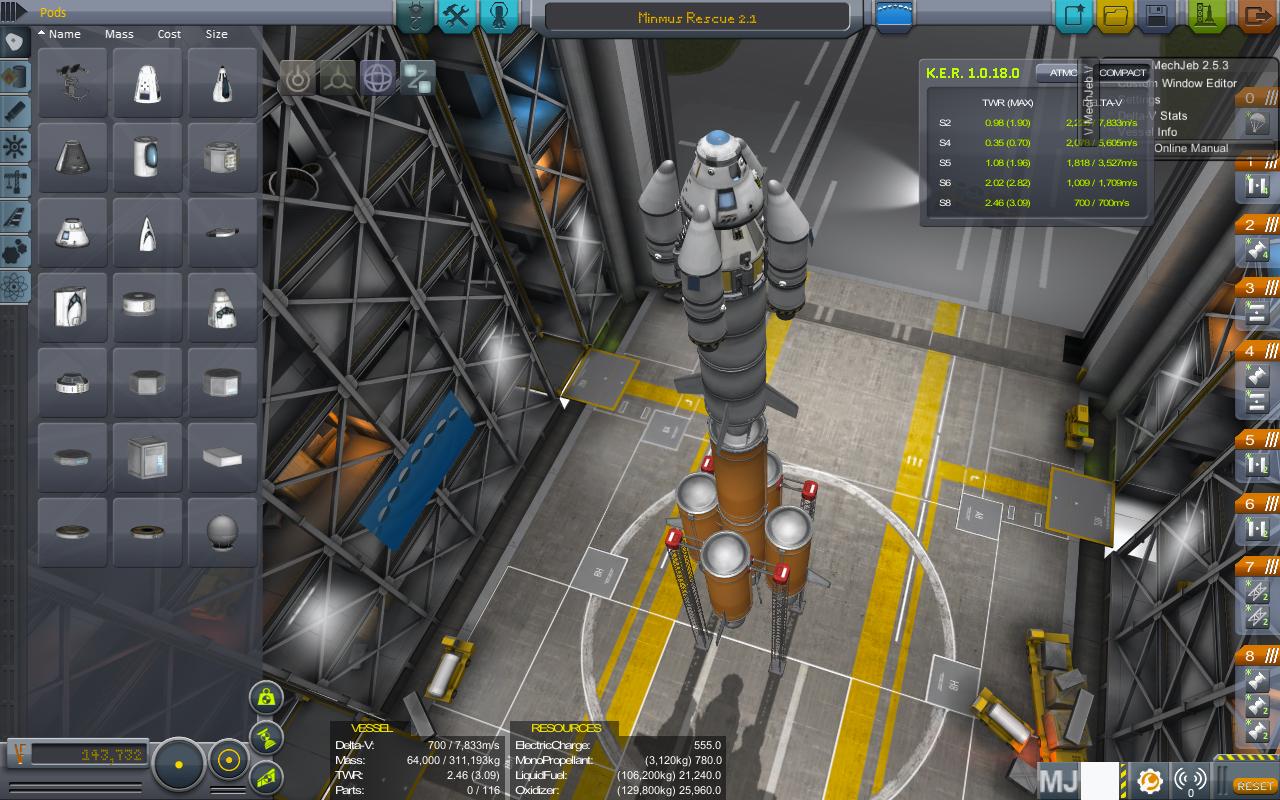 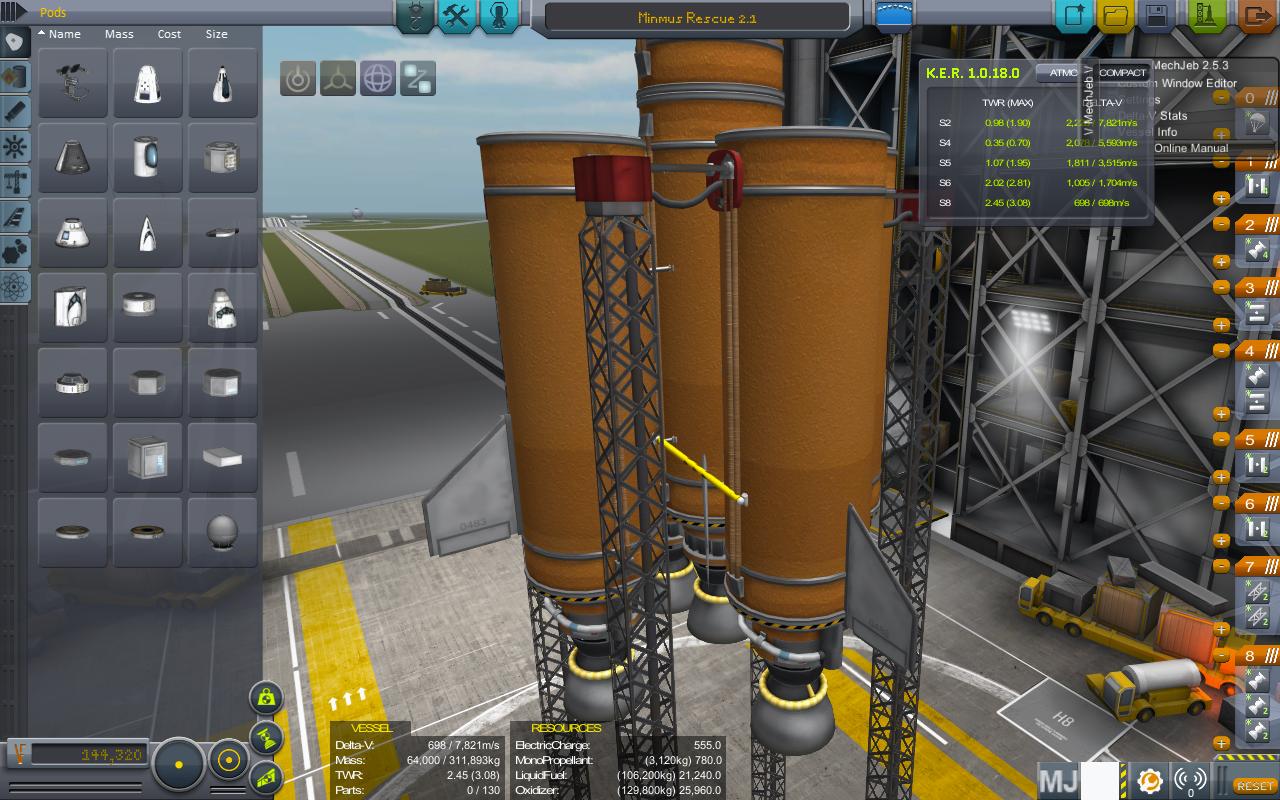 36 answers to this question