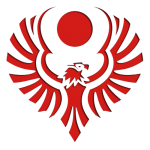 I am building a rover to land on Mun that has engines attached on the side pointing down. I tried to do some landings (hyperedit is my friend) but the system thinks my engine is in the rear like that of a rocket, which send me full throttle 90Ã‚Â° to where I want it to go when it does it's retrograde burn (funny stuff!). Is there any way to tell KSP I have my engines pointed in another direction?