Comparison of the jet engines

I recently looked in the .cfg files for the pressure and mach curves for the jet engines, and graphed them.

First we have % of maximum thrust relative to mach number:

as if you didn't already know, the rapier is the best high speed engine.

Also of note is that the afterburner on the panther gets you about another 0.5 to 1.0 mach...

Even without the afterburner, the panther is better at higher speed than the basic jet and other engines called "turbofans"

The Juno does a bit better at high speed than the non-afterburning turbofans, but not by much.

however, that is only one variable that affects thrust, the other is atmospheric pressure.

As the air gets thinner, thrust decreases - but the decrease is not 1:1 for any engine (though some are close). 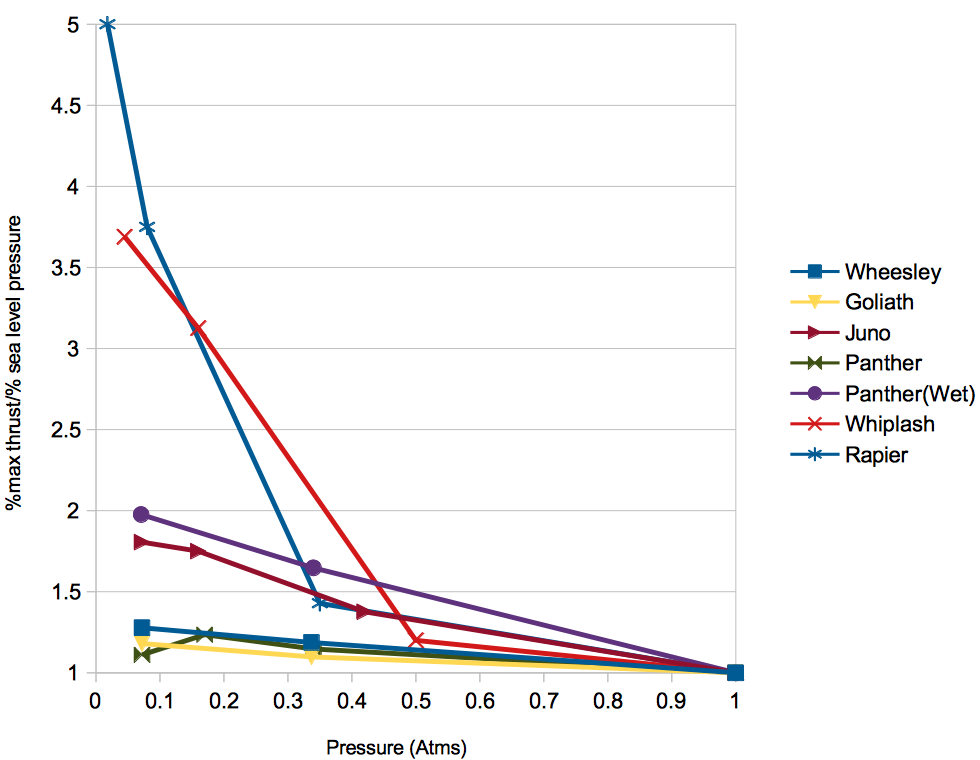 As you can see, the whiplash and rapier don't suffer as much from decreased air pressure, enabling them to get a craft much faster because drag at a given altitude decreases more than their thrust does.

The Juno also seems to do respectably at higher altitude.