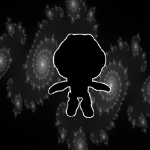 Posted November 21, 2015
Even if I line up the CoM and the CoL, it flips head over heels. Why? Too much lift? Is that a thing? Tilting the wings doesn't seem to work, help?