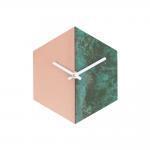 So ever since mining and resources came out, Grand Tours have become a lot easier, since ships don't need to take their own fuel everywhere. However, I am attempting an old-school Grand Tour, with a single launch and no refueling. The problem is that I haven't been able to find up-to-date info for a few things.

The most important is how much Delta-V something like this needs. I've found maps a few years old, but I haven't seen any 1.0.x info, which, thanks to the new Aero, is very different from the old stuff.

My design will be a mothership that carries a few landers with it, which will land and take off before docking to the mothership again. The landers have plenty Delta-V, but I have no idea how much Delta-V I'm going to need for the mothership. Does anyone have any experience with this? Are the Delta-V maps accurate enough, or do gravity assists make huge differences?

I guess that's really all I was wondering, so thanks in advance