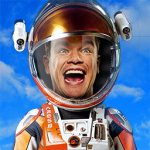 By DangerouslyDave,
December 14, 2015 in Add-on Development