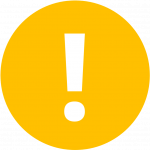 I'm planning to put to orbit a space station/orbital habitat/refuelling station. I want to ask, what would be the most optimal altitude to put my station in...

I also use MechJeb if that helps...