With a new wheel model upcoming I wanted to try building a vehicle that could transport equipment over land, sea, air and space.  Seems the land part has given me the most problems so far.  The vehicle pulling the trailer will start to sway then rotate and eventually lose control.  During a test run it some how made it to 28 m/s and now after tweaking a few things the design cannot manage to go over 10 m/s until it twists upon itself and rolls over. 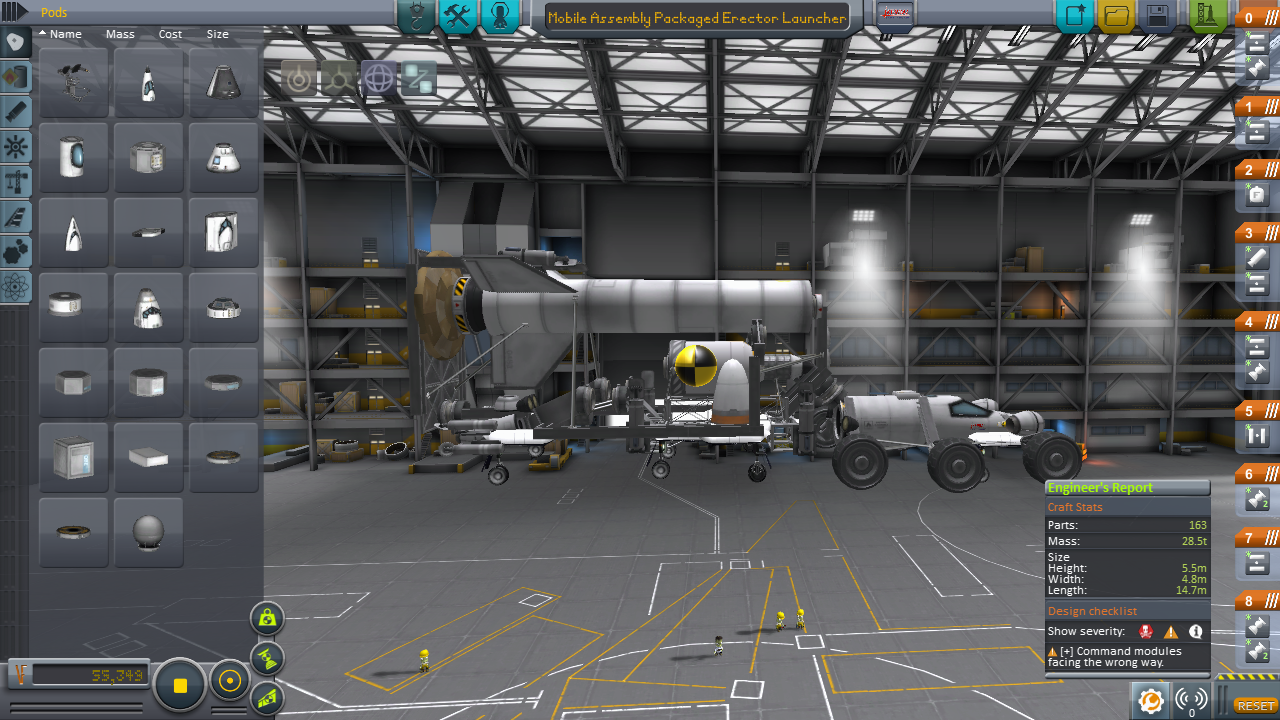 The jet engines are used to pull the trailer and if the motorized wheels are used the results are much worse.  I have rechecked all the wheels using the rotate gizmo in absolute mode and certain they are aligned.  The interesting observation is that if I push the trailer in reverse using the drive wheels the speed sustained is 18 m/s and everything stays straight.

Looking for some advice on improving this design.  The centre of mass is what I am suspecting is causing the issues and am about to try altering the position.  Should the engine have more or less mass since the weight of trailer is 21 tonne?