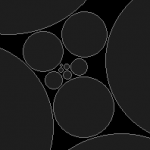 Space Tugs for fun and profit!

By sevenperforce, March 15, 2016 in Science & Spaceflight