How would you rescue these stranded tourists? 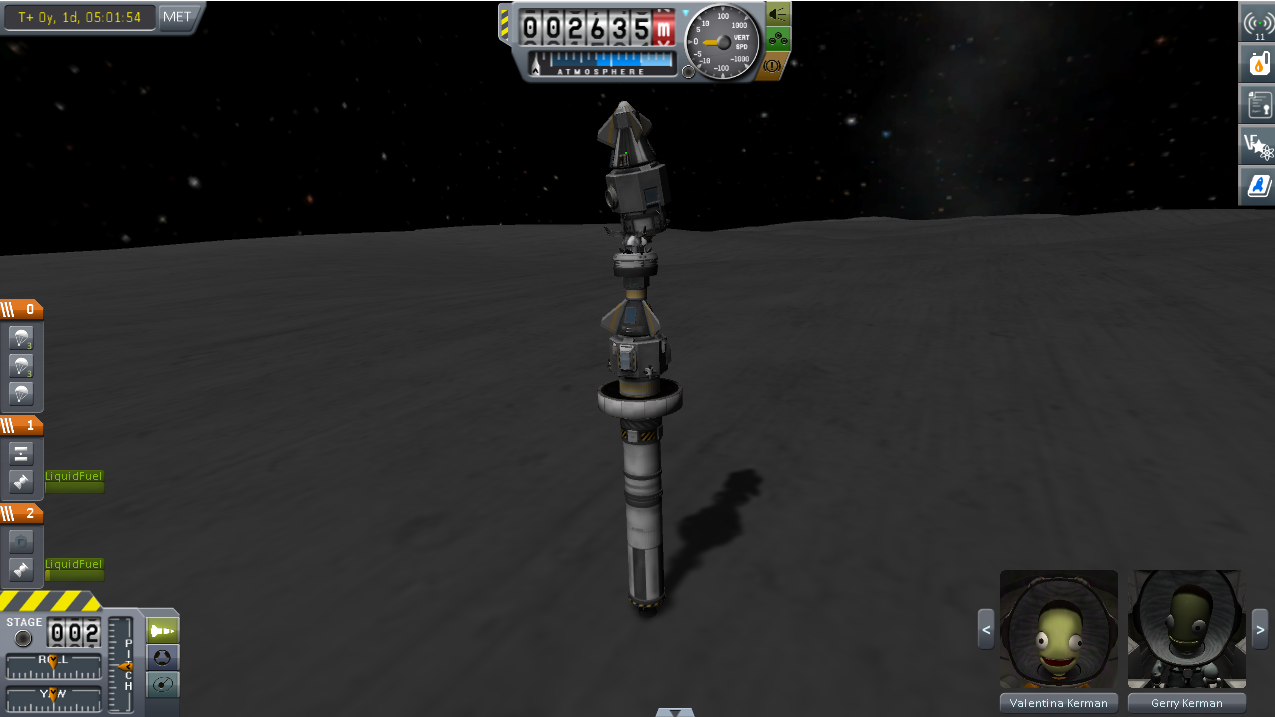 So, there are 3 tourists and Valentina on the surface of the moon. They made it down OK, but instead of using -half- their fuel to get down, they used -all- of it. How would you get them back to Kerbal for the contract completion?

Edited July 6, 2016 by dire
Got another pic that isn't in shadow