I want to build a space plane but it keeps flipping over!

When I try to take off on the runway, it likes to go left or right, and it's really difficult to keep straight.

When I do get off into the air, after a few seconds it's nose flips up and the plane starts flying backwards. When I let it fall down to kerbin with the engines disabled, it also flies backwards?!

I also tried to make sure the fuel firstly starts to drain at the back, and gets pumped forewards, but it doesn't help. 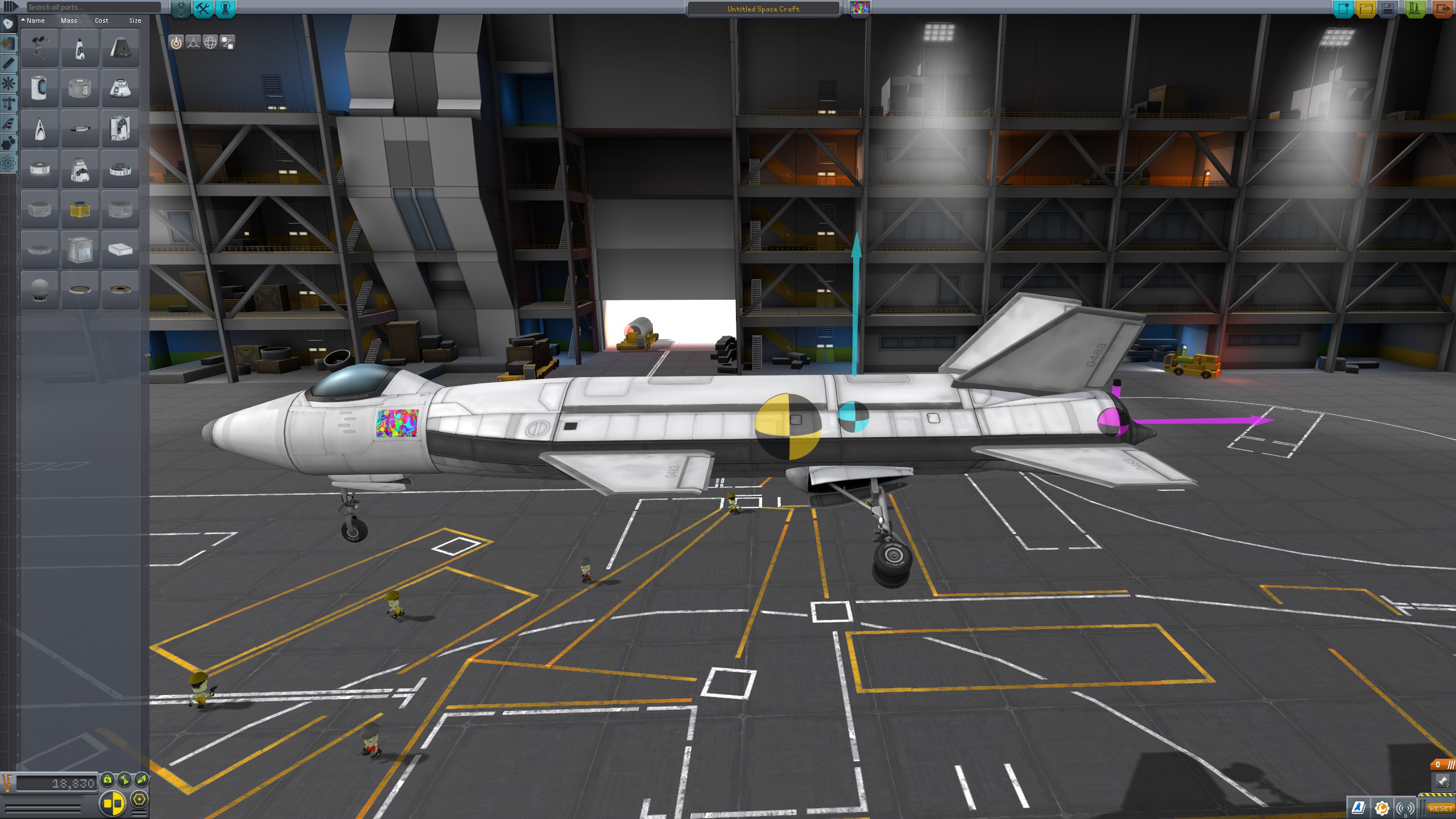