I was trying to build a pretty weird craft, and came upon a behavior i was not expecting concerning the MK2 serie of fuselage parts.

So, here is a first shot: 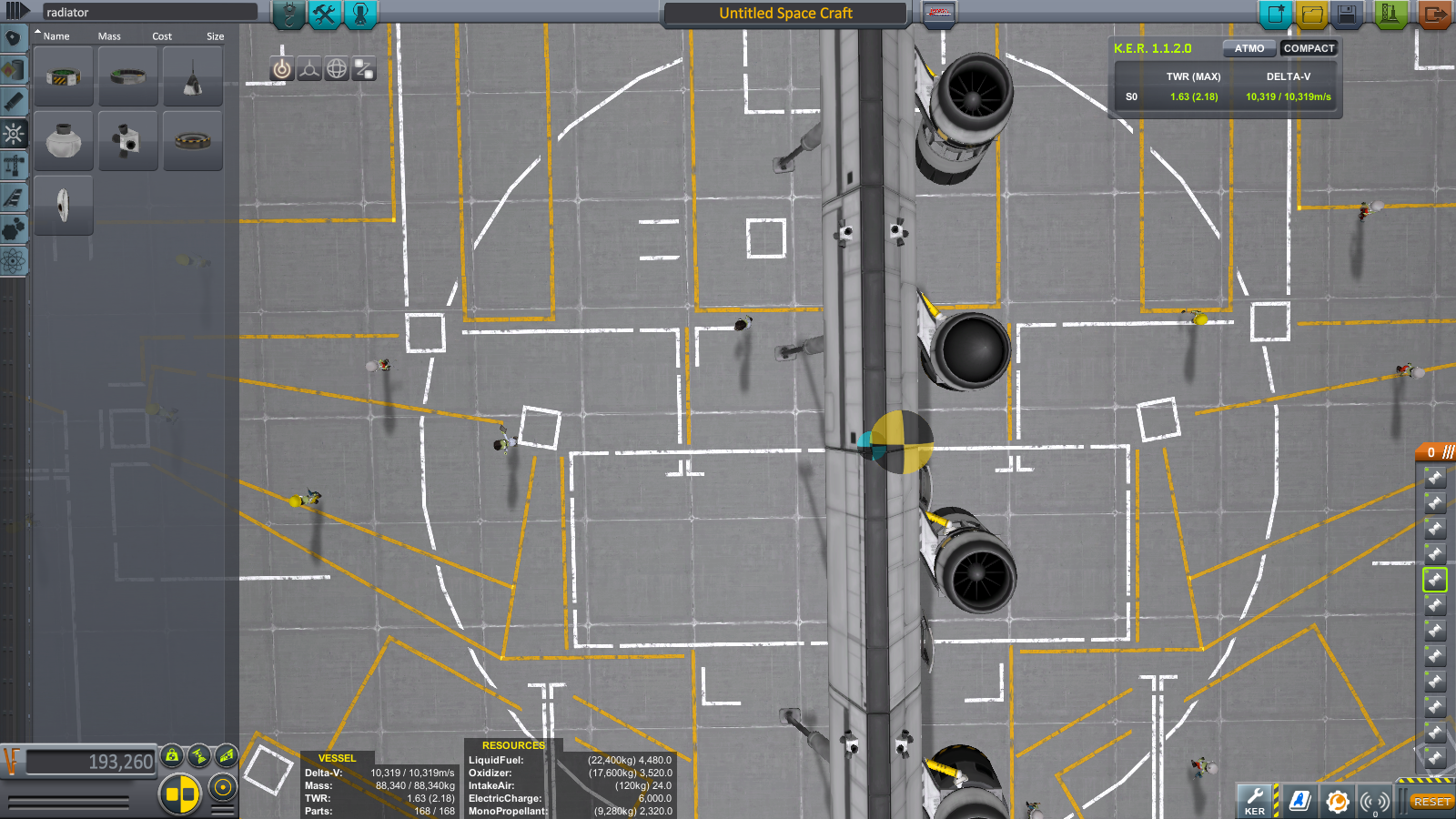 I would expect this (line of mk2 fuselage rotated on their side) to show some lift on one side, probably to the right of the image given how i rotated the parts.

But as the indicators show, there is no lift produced.

Then, i rotated each fuselage to get a ring, and it was now producing lift... 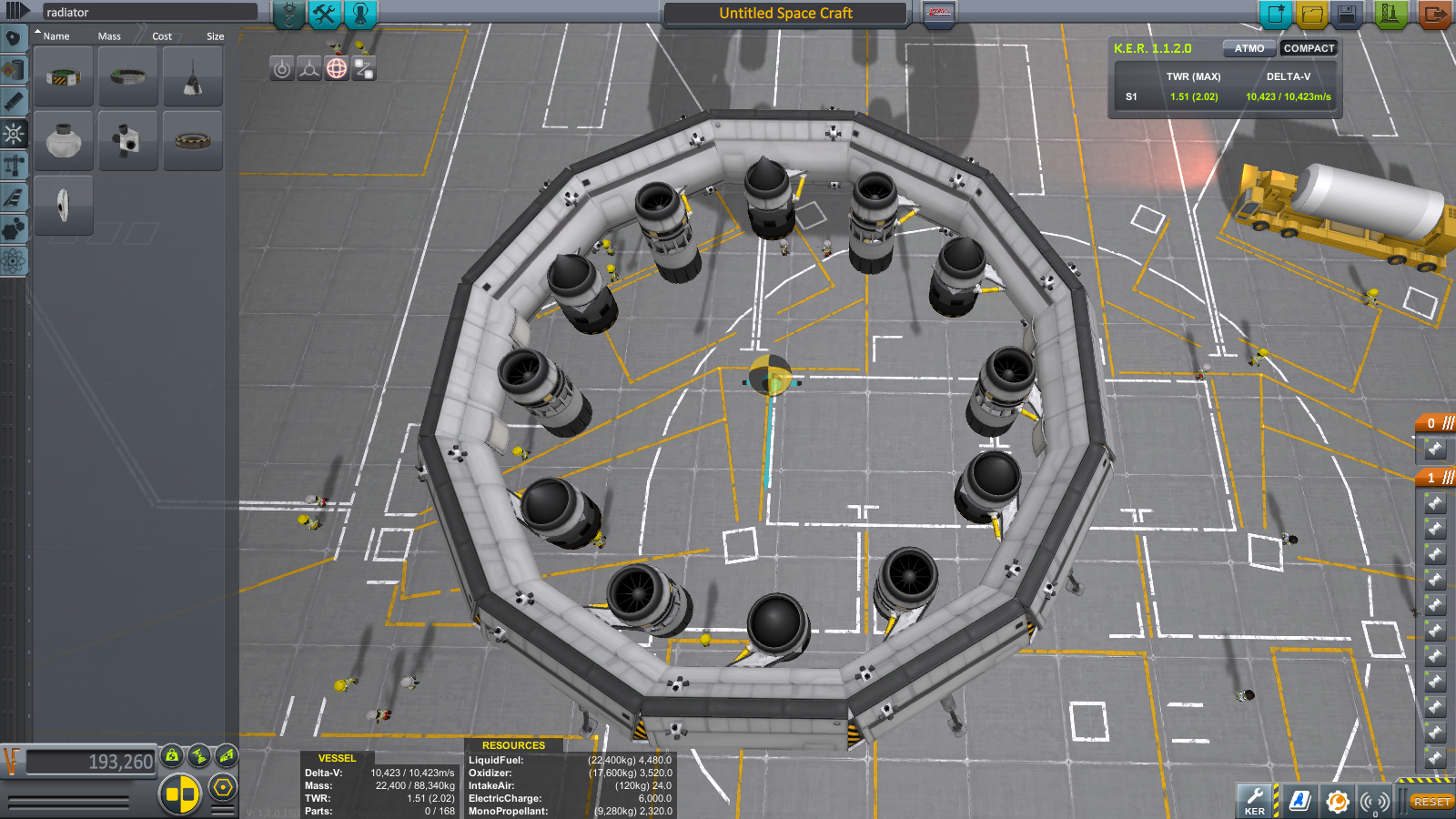 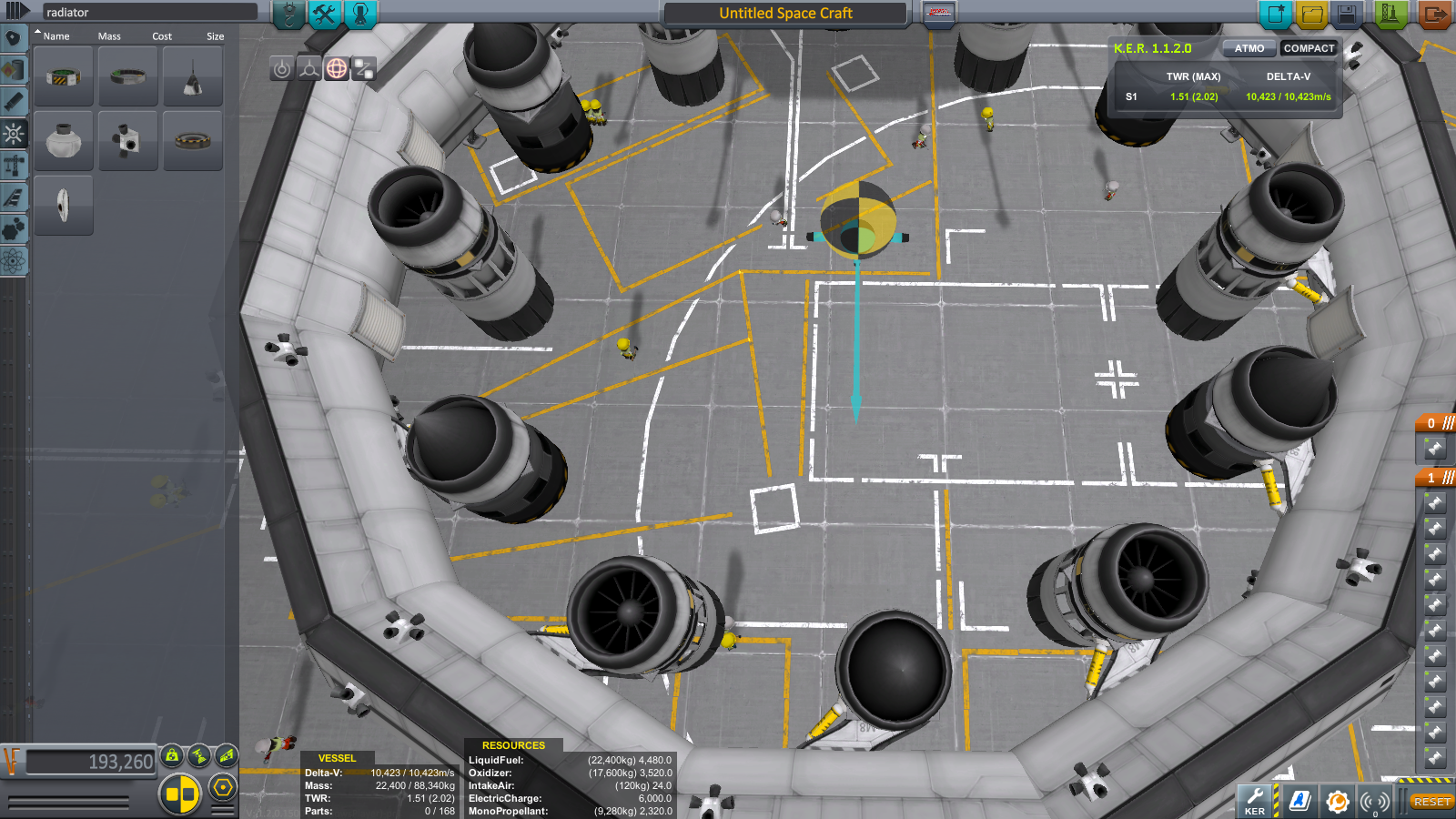 It might be useful to know that on this shot, the root part is a mk2 cargo bay and it's the part on the right, 90 degree from the lift vector.

I was expecting this to be neutral as far as lift is concerned, seeing that i have equal lift all around, and that i was careful rotating them so the face in the same way. Am i wrong in my assumption that this should show no lift?

But then, it does other strange thing, 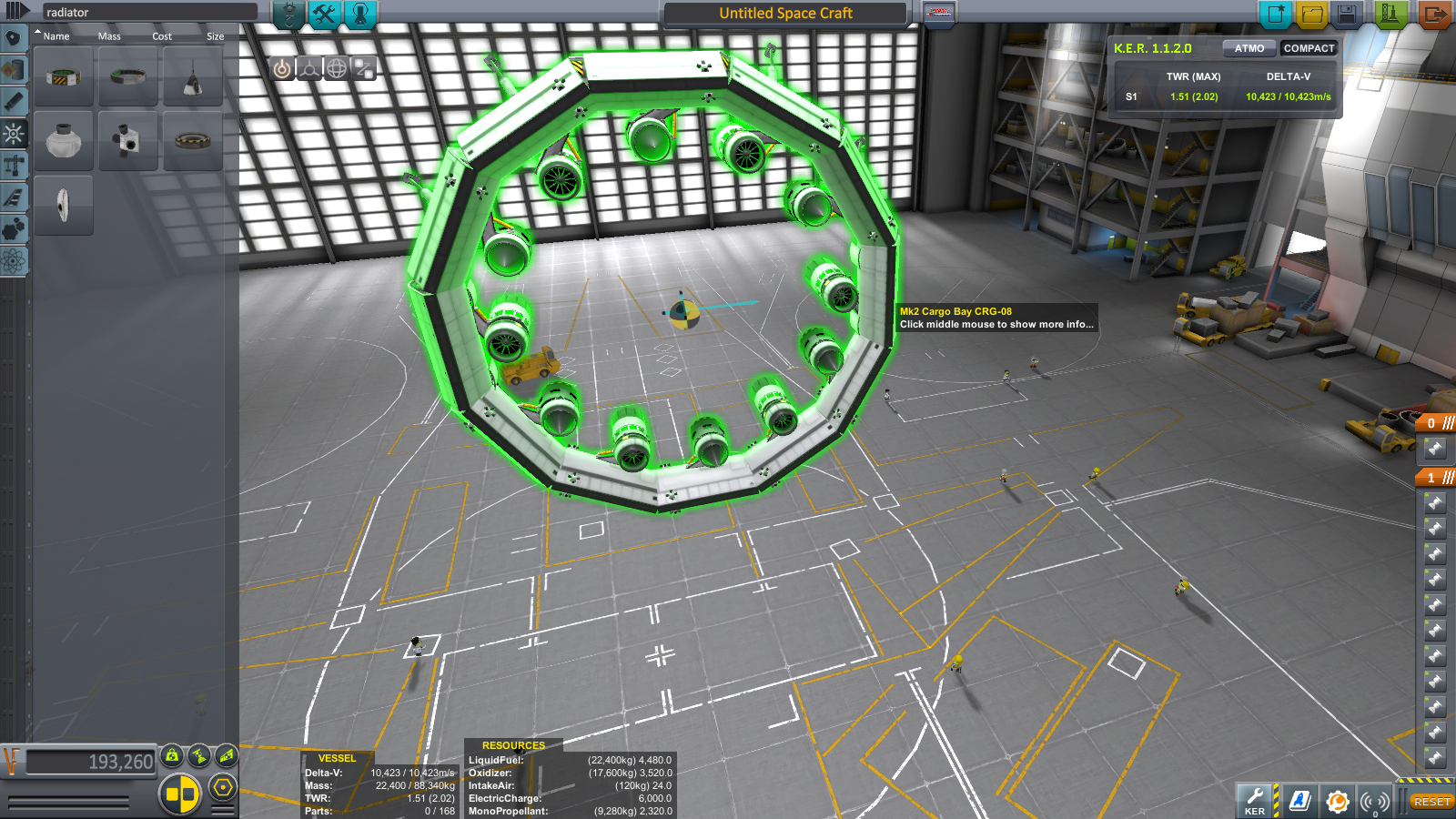 Here, i just rotated the whole ring, going by the previous shot, lift should point down, but It now point to the side, at the root part.So, if i place it "lying down" like the first shots, and then upright, i get different lift vector. Could well be me missing something obvious, but i do not get it.

So i decided to try and place back my lift vector where i wanted it with wings inside the ring, got there: 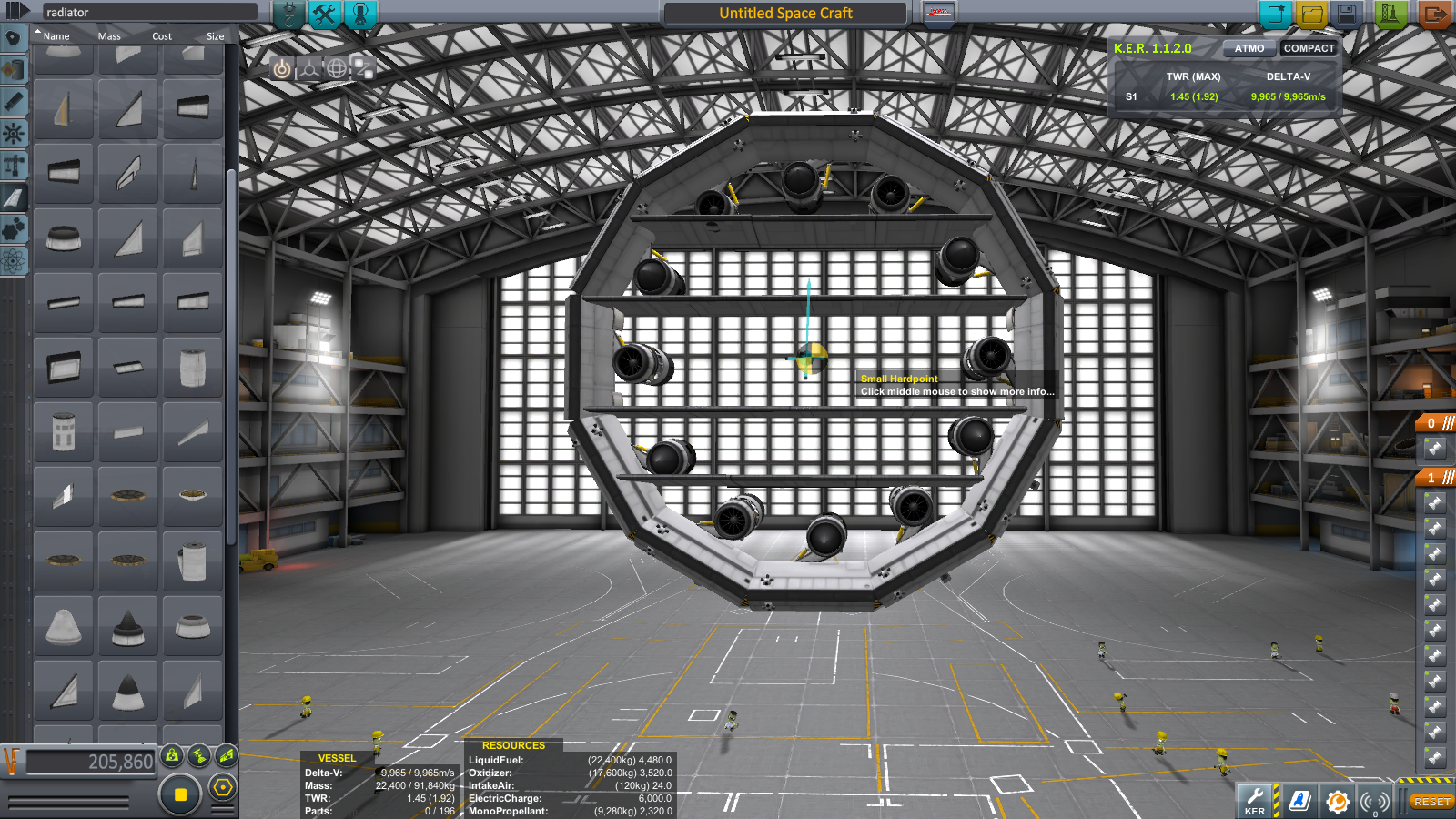 Lift looks pretty straight up. with a backward angle.

Fact is, the craft does not fly like the vector is there at all, as soon as it get a bit of speed, it push hard toward the direction opposite the root part, like the lift is now offset to a side it never show in the editor.

So, am i wrong in assuming that the ring should produce neutral lift vector? And from there, if i'm wrong, what is it i do not get that shift my vector?

Side note: The craft attitude is controlled with reaction wheels that i clipped in the fuselage, 12 of them. And i placed RCS thrusters evenly over the fuselage in the hope of getting enough attitude control to offset the problems, did not worked.Then i attached elevon on the backside, they helped a bit.

I get it that this will be a really really draggy thing and that it maybe should not really fly, but it is so close too doing it i'm sure i can get there with a bit of help. I'm good at rocket, very inexperienced at "planes".