I guess I screwed up when building my tug today  I put twin orange tanks and a tug in orbit today in one long stack.  I then used the tug to attach both tanks separately to my refueling depot.  However, when I tried to decouple the tug from the last tank, the faring metal structure stays attached to the tug and the base/ring clips inside the orange tank causing the entire station to go into a tailspin.  I've attached two pictures to show what I'm talking about as it's hard to explain. 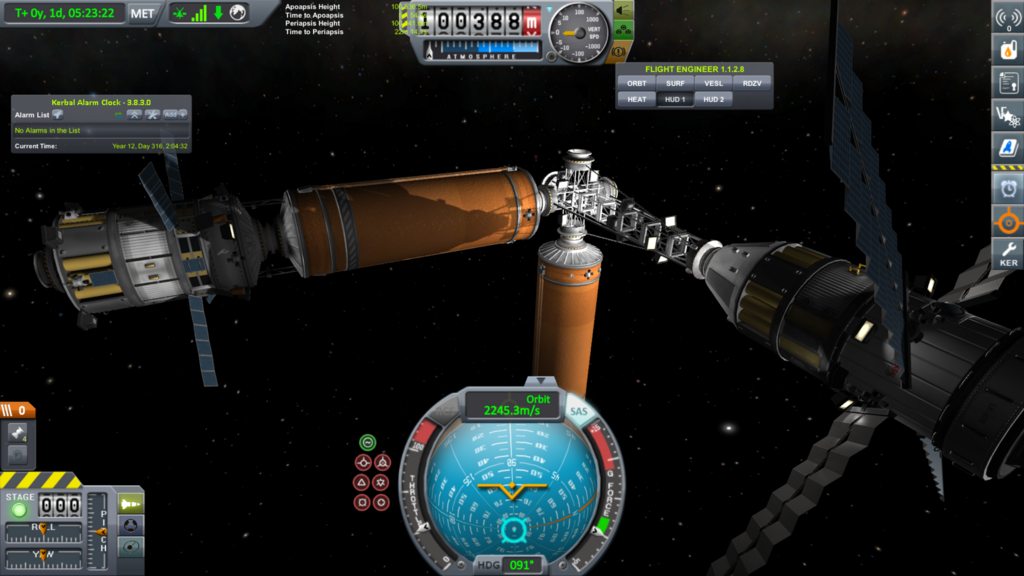 This image shows what happens when I decouple the docking rings. The tug is still "hung up" on the tank.  The round metal base of the fairing stays stuck in the tank and the metal structure is still attached to the tug. 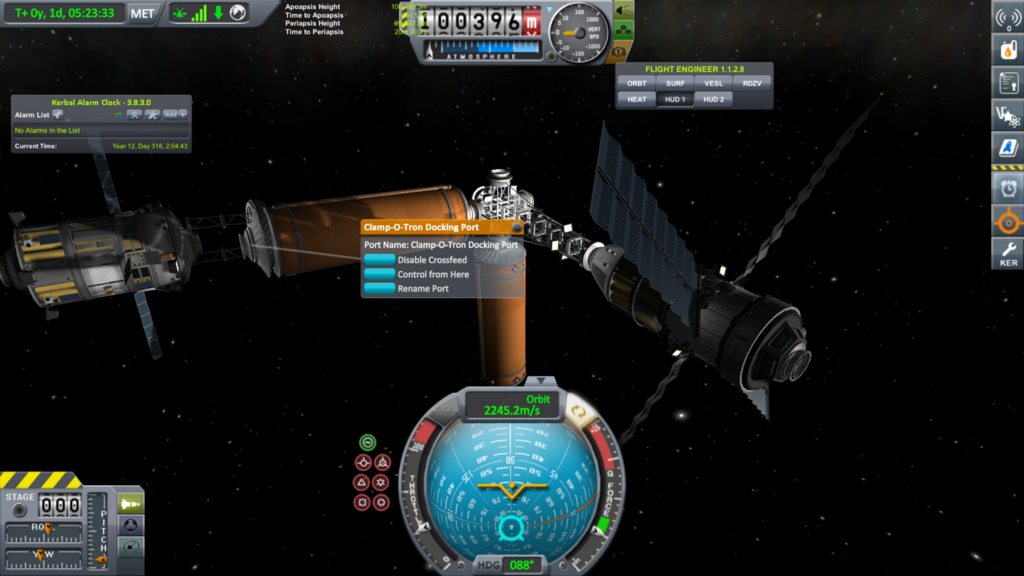 Here is the .craft file for the rocket I used to put it in orbit.

Fairings confuse me.  I guess I placed the fairing in the wrong spot but I'm unsure how I could have done it differently.  Is there no way to remove the fairing from orbit via EVA?