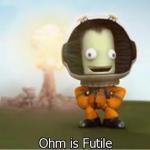 Asked by Ohm is Futile

Ok, so I am rather confused, but first things first, here is the situation:

So, I'm not used to low TWR rockets, I usually stick with 0.5 or greater. Is it normal that there is wasted dV due to not performing burns as precisely as one would with greater TWR? Is it KER that's lying to me? Or am I approaching long interplanetary burns wrong? How do you deal with long burns? I have been using physics acceleration, has that been known to fudge things? Because I just don't get why I would end up using about 30% more fuel according to KER compared to what maneuver nodes tell me. That's a rather disconcertingly large margin of error.