Jet Engines, their Curves and the missing Thrust 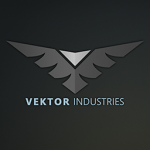 Hi,
I am currently modding the J404 Engine to fit it to my SU27 replica (might release as part mod eventually).
I noticed something weird when I was editting the engine curves and trying them out ingame and this is true for Stock KSP engines aswell. The static thrust of the J404 is 130kN, @ Mach 2.5 it is supposed to be 219.5kN okay that is as advertised when you try it out. However when I look at the curves the thrustmultiplicator of the J404 at mach 2.5 is 3.5. 219/130 is a mere 1.8-ish of the thrust that the curve says. I thought the atmospheric curves play a role in this and might explain the vastly lower thrust, but nope even with a constant atmospheric curve the engine still is not producing the amount of thrust.

What variable am I missing? What else is playing into the calculation of the thrust? I really don't want to make totally ridiculous thrust curves and have multiplicators like 6 or higher in there.


(I hope this is the correct subforum to ask this)