"Minmus is easier than Mun." So is it, or am I just a backwards person? 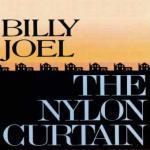 In Career I frequently have more of an issue getting an intercept and capture with Minmus than I do Mun, however for a long time now the community has been pretty solid with the "Minmus is easier" party line.

I have a suspicion that for me it's an issue with Minmus' inclination...

When I was last playing regularly I didn't have quite an issue getting an intercept for Minmus, however we are talking 1.0, 1.05.

17 answers to this question