I have struggled for quite a long time to create a mining SSTO that could get itself to Laythe, and fly around... until I can be bothered to bring the Kerbals back. The process has resulted in many failures, all looking relatively like this one: 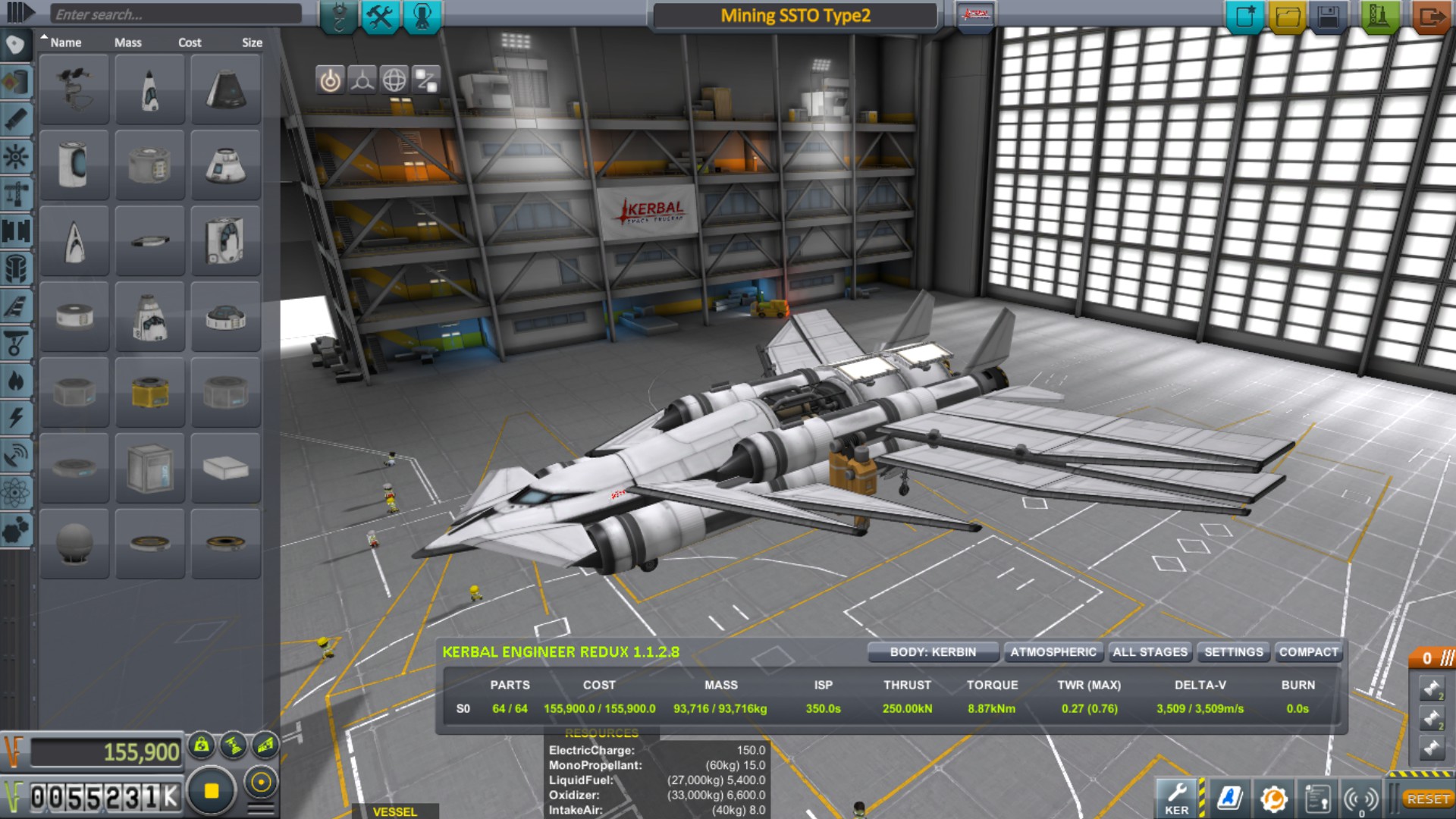 I usually run into one of three or so problems.

1: Not enough TWR to reach orbit.

2: Not enough DV to reach orbit.

3. Flops around on the runway until it blows up. (Or fails to take off...)

If I do manage to ever get it into orbit, I do not have enough TWR to go anywhere.

I have been inspired by the SSTO in this Reddit post but even when replicating it as accurately as possible I find it impossible to takeoff the runway, or otherwise orbital TWR is less than 0.1 which I find unacceptable (yet still without enough Delta-V to get anywhere). Should I try using the smaller refinery and drills? Is there anything I can do to try and improve my designs?
Thanks.