Any tips or tricks for making hypersonic planes? 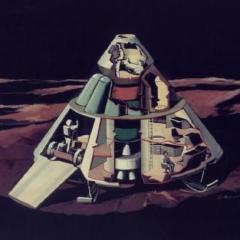 A while back I remember a fun challenge I picked up that involved BD Armory and delivering a bomb to a target about a third of the way around Kerbin in the fastest possible time, it was fun and all but I really wanted to break a barrier I saw in Kerbin speed possibilities. I wanted Jeb to go faster, farther, and more efficiently, then any Kerbal before him and thats when I began looking up real world hypersonic craft and became really interested in this subject area.

What I have discovered already:

There doesn't seem to be a lot of info regarding people who are building craft meant to travel in excess of 1300 m/s and above 20 kilometers, most of this is due to where the stock Whiplash engines cut out around 1300 m/s and 20,000 m, you might as well just use rocket engines and insert yourself in orbit at that point anyway. To go above and beyond this I picked up the X43 Hyperblast Scramjet Engine from the wonderful MK2 expansion pack (aptly named after its real world vehicle). It's kinda hard to use as it wont start until you are close to 1250 m/s at 20,000 so the whiplash acts as a good stepping stone to using it on your vehicle. Also, while looking for a design to start from, the real world X43 fills exactly what im trying to. A successful knockoff of its design produced a craft capable of breaking 2000 m/s at 33,000 meters in game. I fully realize that once you start getting into using modded engines, tweakscale and other mods that asking about game mechanics regarding them becomes magnitudes more difficult. So im just curious about general design, and if anyone else has tried to tackle this or something similar before

Are there any tips/tricks or for building vehicles that travel in atmosphere at speeds between 13-2000 m/s? Why is the real world X43 designed the way it is; flat front vs pointy, smaller control surfaces vs larger, and flat topped body vs circular fuselage?

Also would it be helpful to add a pic of the craft I already have so it can be critiqued, etc?