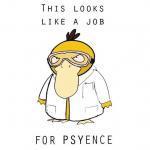 I've been wondering for a little over an hour about this now, how can you calculate the delta-v from needed to get into orbit of a body once you enter its Sphere of Influence?