[1.3] Physics Calmer aka "gentle drop on the runway" 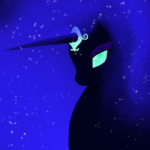