How to landing leg? A base / Autostrut / explosion conundrum

Preface - I've performed a perfunctory search and come up with - Lots of landing legs and auto-struts are probably not clever.  So this question is kind of a two part-er.

Background - I am designing a stock base+ system, largely aimed at Duna and to be developed et released as a scale-able, fun, and user friendly way of building up a permanent presence on the red planet.  I've done it before, but not for general release.

Issues - I am experiencing phantom torques that wildly spin the modules apart when about 3 or more are joined.  When 2 or more are joined it tends to float over the surface or just jiggle in it's place.  Explosions.  Lot's of explosions.  Also it irritates me that I am not forced to build in a realistic way - The assembly vehicle is "glued" to the module and floats due to auto-strutting, and feels very cheaty.

Part 2 - Can you help me get around, over, or under the problem.  I'm not really looking for an answer that is simply "Just don't use landing legs" here, unless it is genuinely the only way forwards at this time.  If it is, then I'd also love to hear whether this is on the cards to be fixed at all soon?  I've read bits and bobs about unity bugs and the requirement for auto-struts until unity fixes something, so it concerns me a little that base building might be kinda borked for the long term

My thoughts - I'm sure there is a way to mitigate this, and I'd love to know what.  Should I just use half the legs so for a base module to be supported it needs two modules joined?  This still wouldn't allow me to build nearly as big as I want.  It doesn't strike me that my auto-struts are too long, but when you join two modules together, half the struts from one module flick the next as the heaviest part becomes nearer.  I wonder if this is the main cause.  Perhaps there's some clipping with the landing leg that I have missed.  I really hope that base building with landing legs is not a lost cause as I felt I was onto a good design streak here.

Let me fill you in on the details.  Firstly, the two modules:

Module 1 - When 2 are joined it floats and jitters, when 3 or more are joined it experiences wild spinning, explosions, and general tomfoolery.  4 means insta-Kraken if you can get that far. 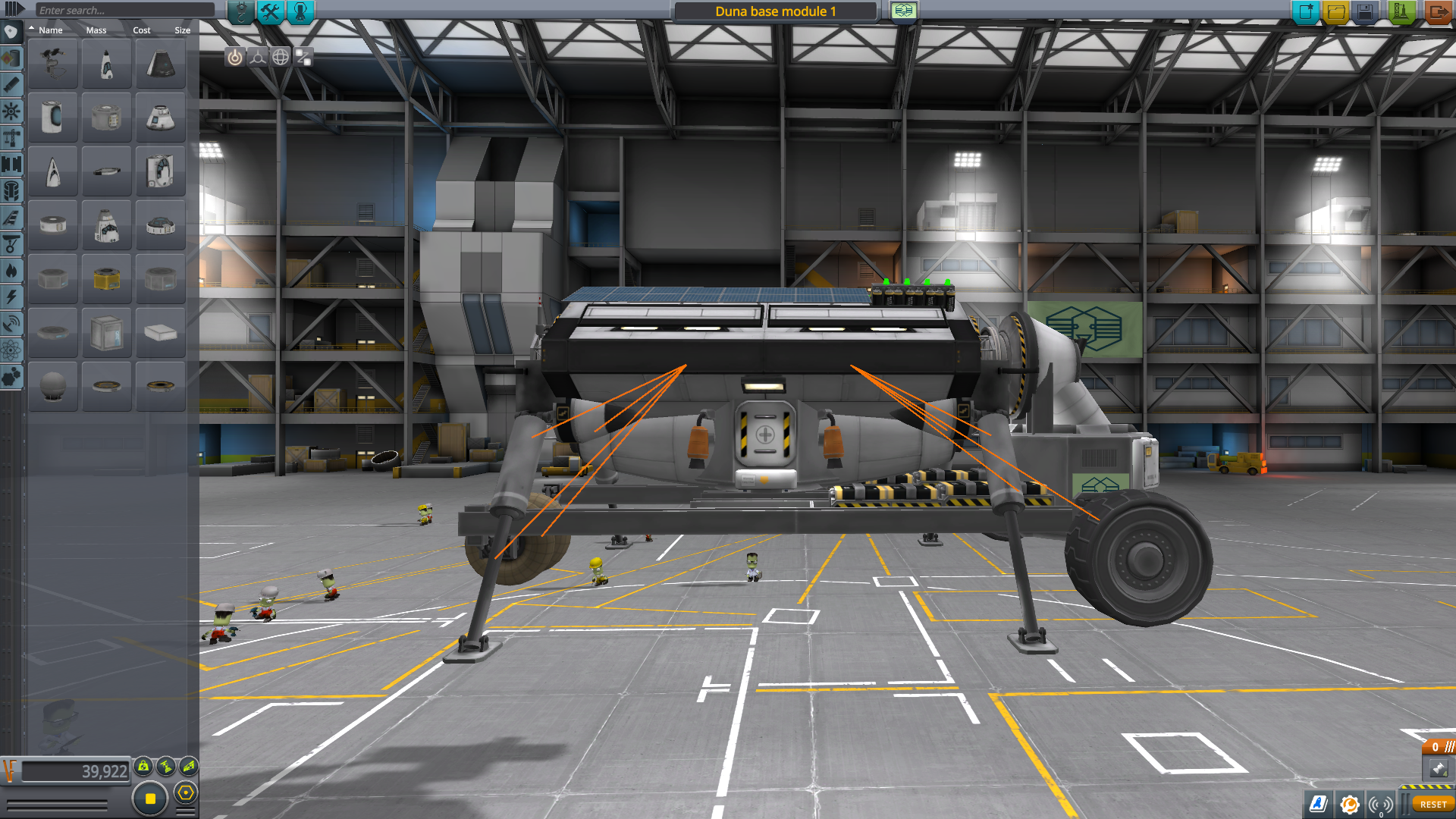 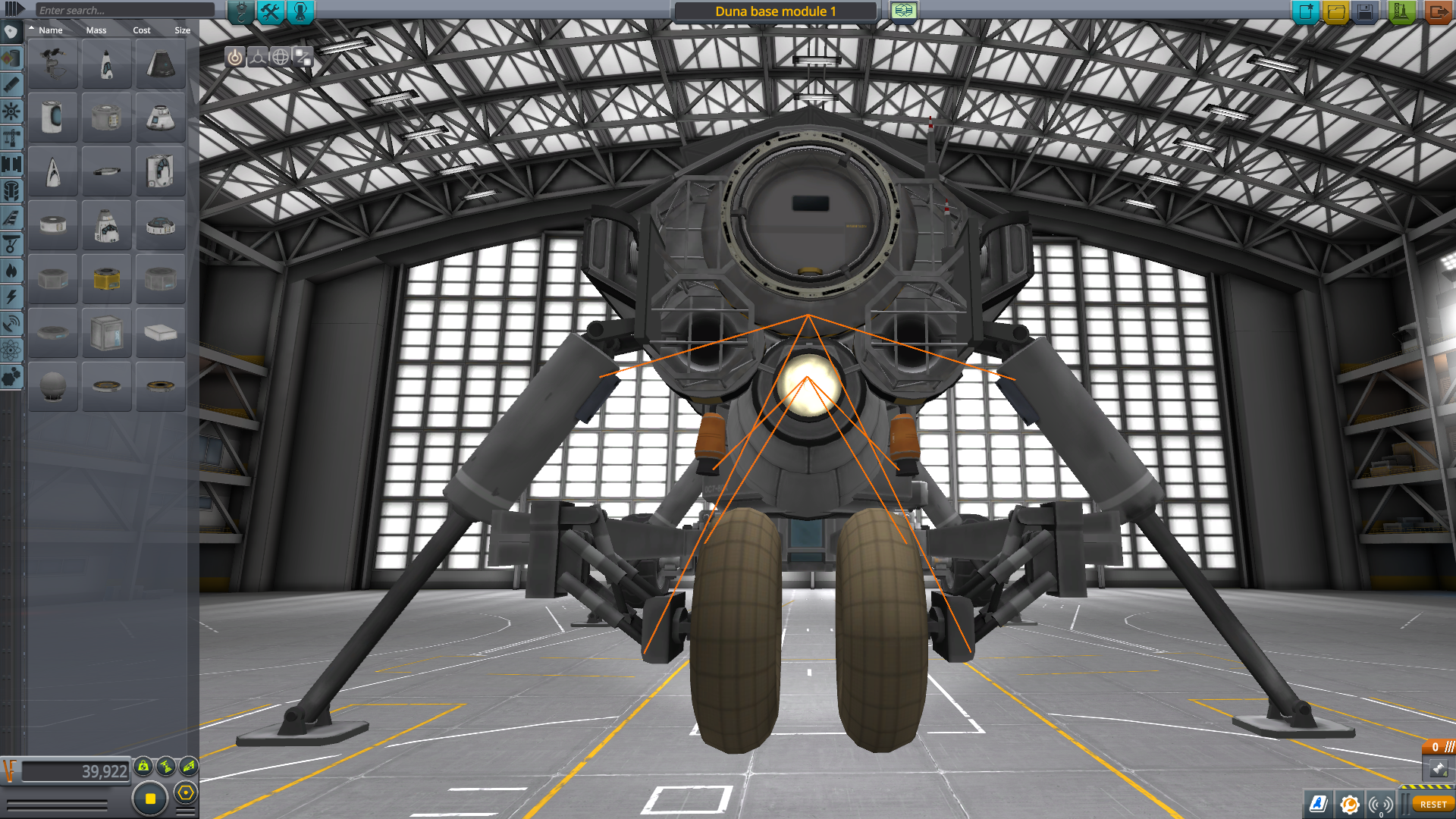 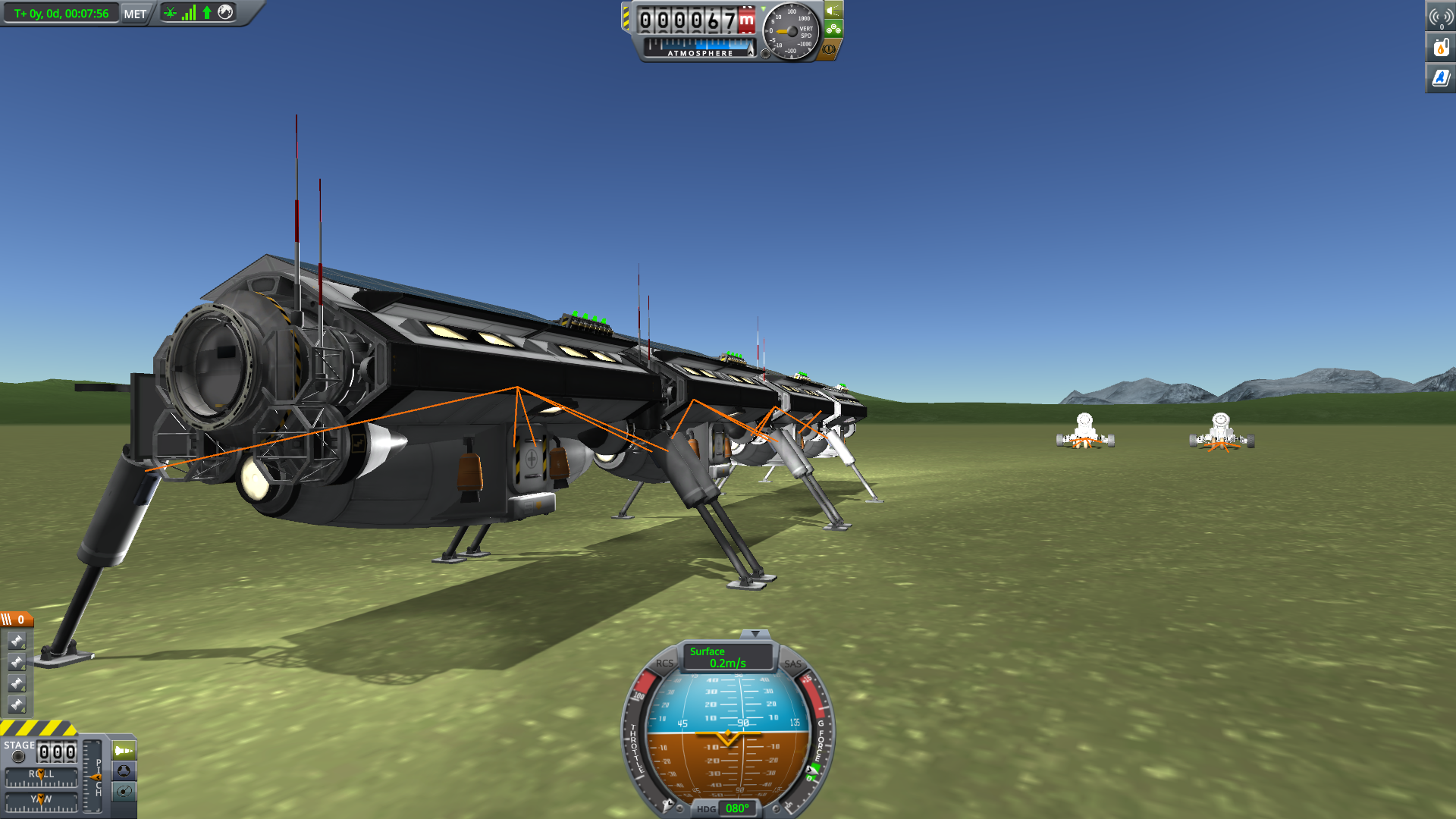 Module 2 - Joining this to the structure just turned the base into a Catherine wheel. 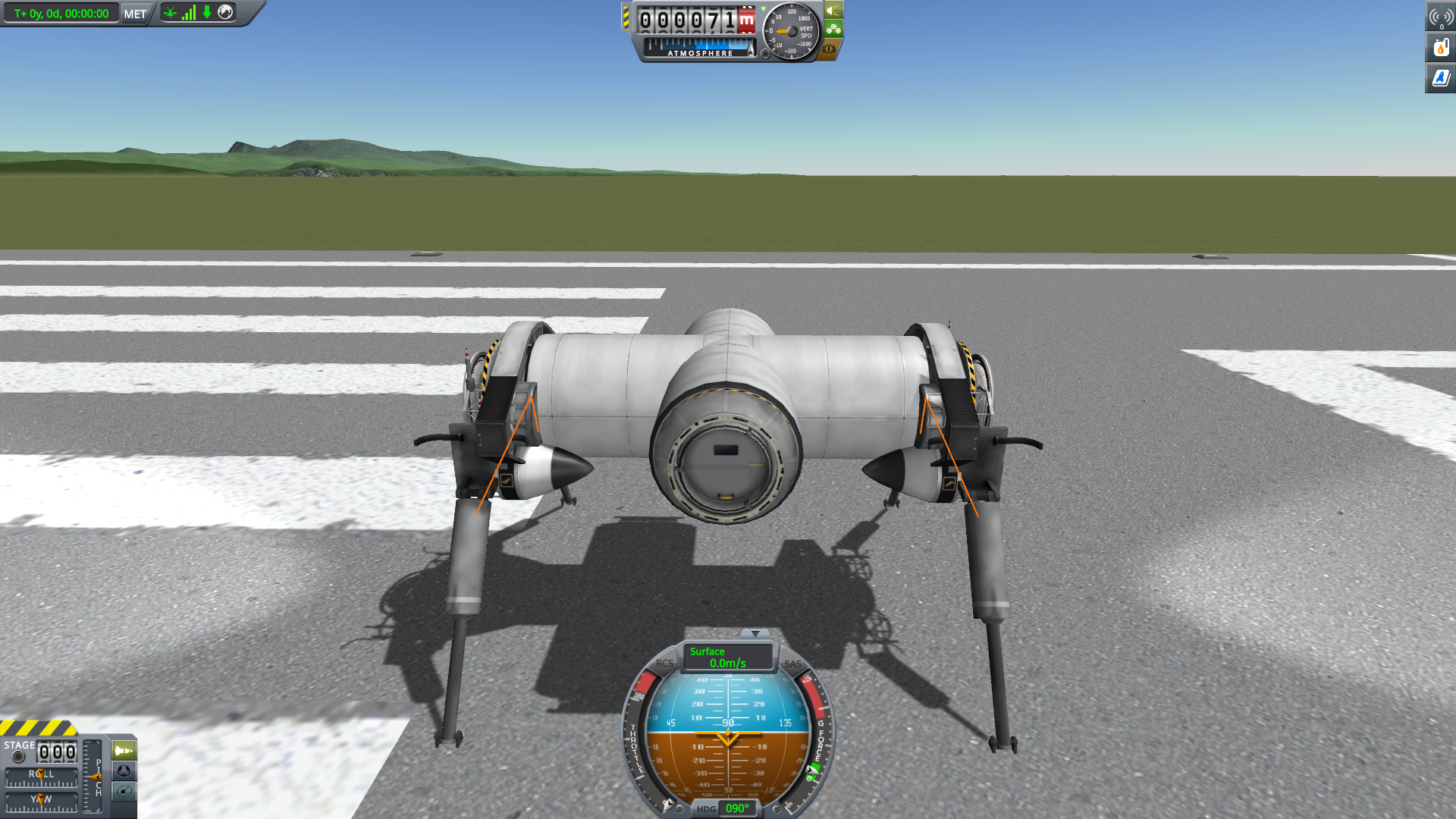 So, are the days of epic bases gone?  Have I just pointed out something that has been discussed to death, talked about extensively in KSP weekly and my searching prowess needs work?  Is a fix as close as the very next update?  I hope there's a potential route to me being able to do this again, because it's a huge part of enjoying this game and I'd like for that to not be over 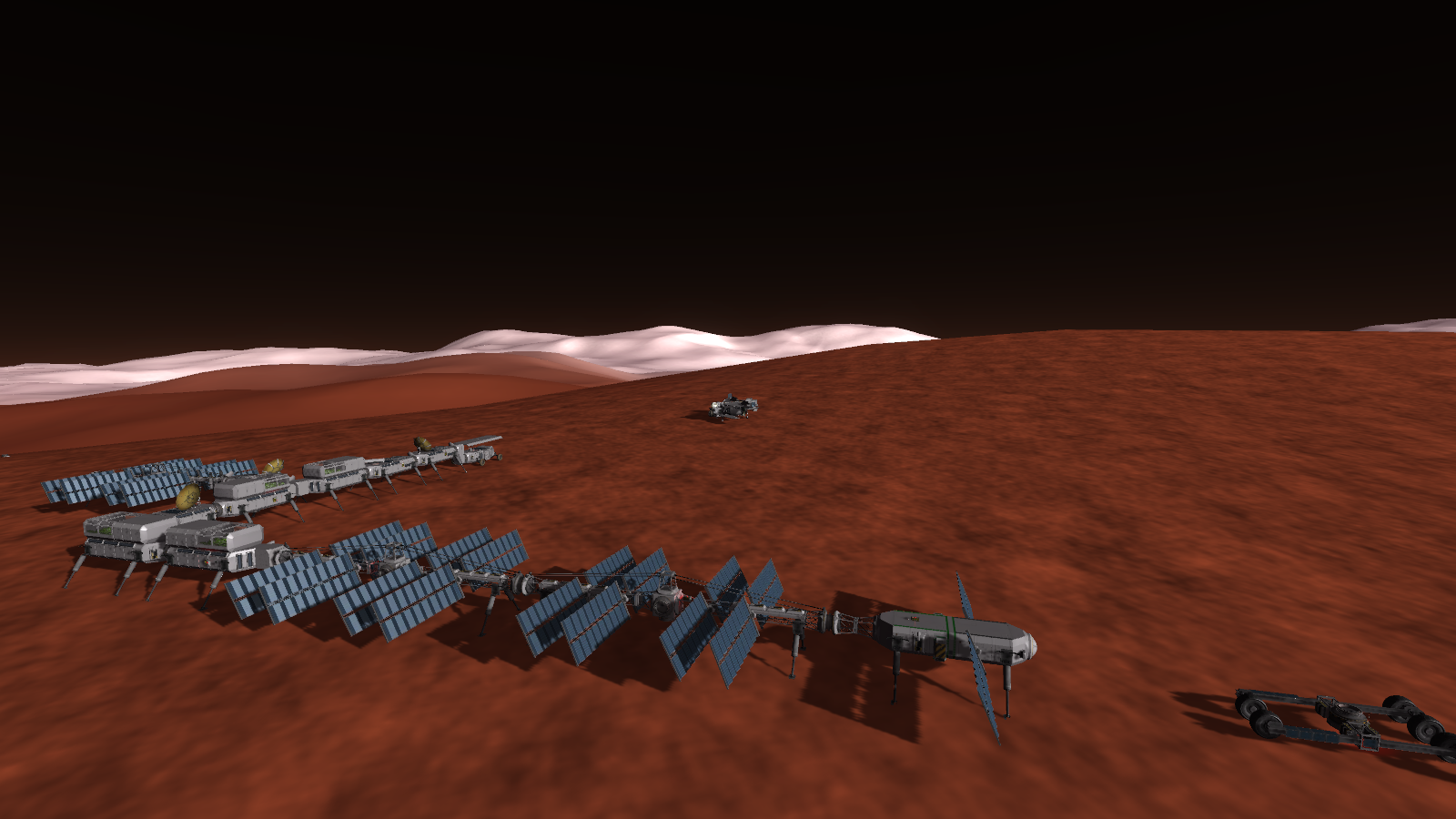 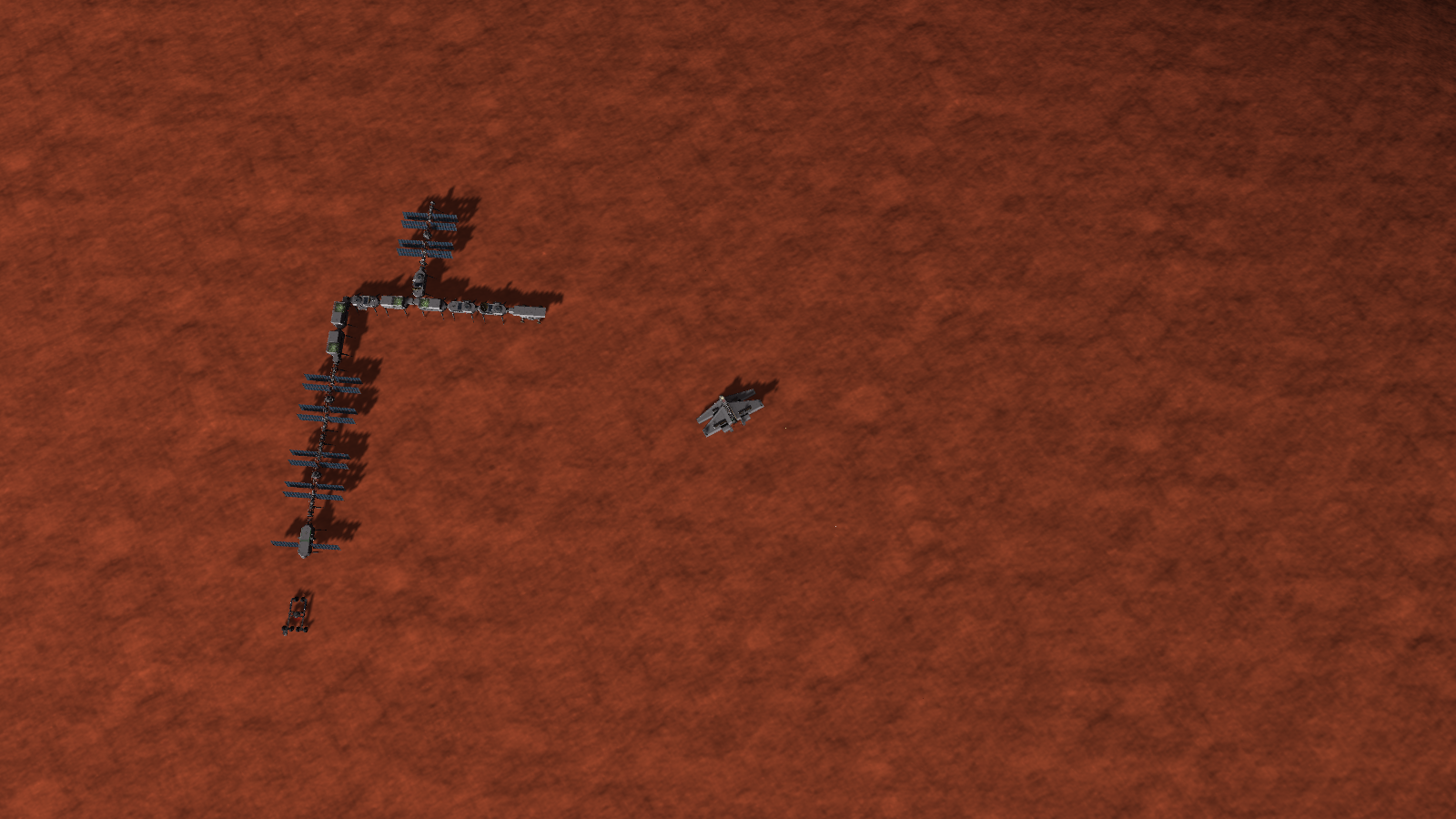