My apologies if a solution for my problem is already available. I have tried forum and thread and Google searches, but could find nothing similar to what I'm experiencing. In certain circumstances, when I'm using Scatterer and WindowShine together, I get a visual glitch, which is a rapid and irregular flickering arc, or segment( I forget the correct maths term to use), of a circle. This arc is sky blue in colour. Examples in pictures - I had to spam F1 for a screenshot which captured the glitch:-

Picture one, in which the glitch is showing itself on the left hand side 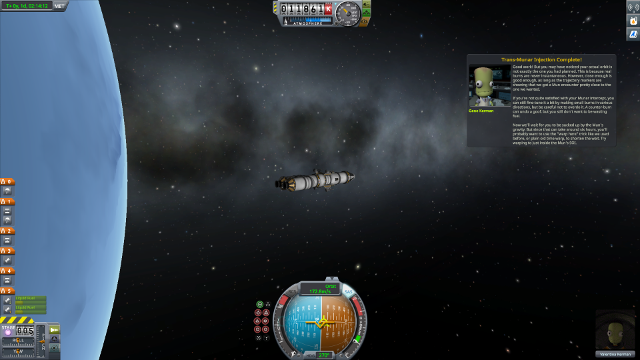 Picture two, which was taken in the same session as the button-mashing which captured the first picture. This is how the scene should look 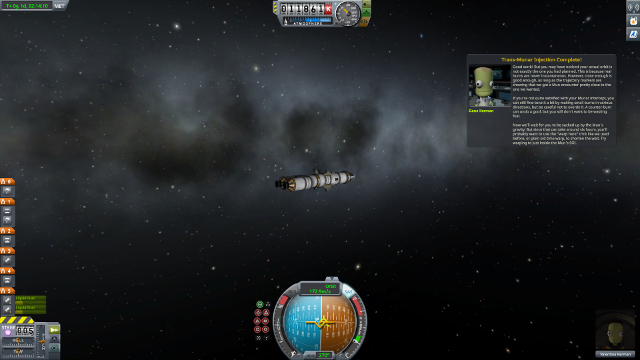 Picture three, similar to one, but this time closer to the Mun. Note also the dark brown arc (shadow, maybe) on the surface texture of the Mun 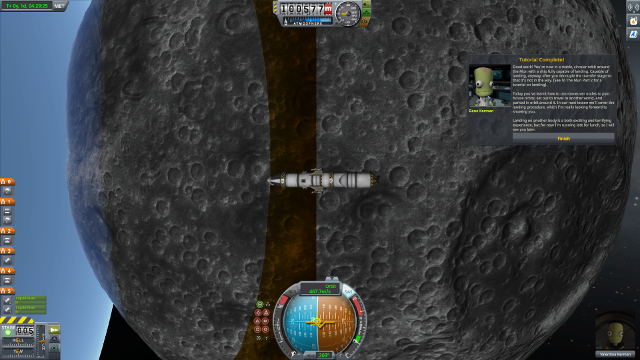 And finally picture four, again showing how the previous scene should look 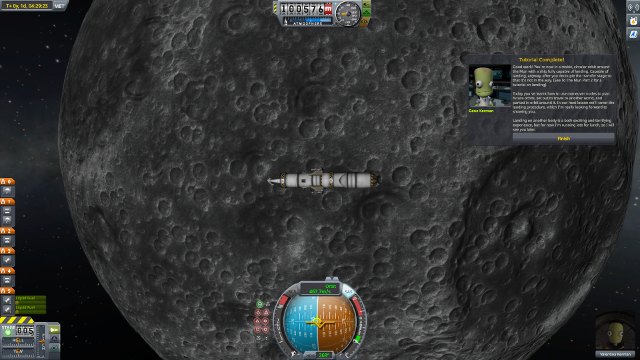 My troubleshooting has narrowed the issue down to (as the thread title says) a conflict of some sort between WindowShine and Scatterer. The mods required to reproduce the glitch are:

With just these four mods I can reliably reproduce the glitch.

- take a clean install of 1.3 and place the four listed mods in Gamedata, as per usual

- follow the instructions, just like you would if trying to complete the tutorial. Note, though, that in all my attempts during troubleshooting, I executed all burns and all timewarps in map view, only looking at external view to get my bearings

- when you have timewarped through the transfer burn, and the game automatically returns to 1x speed, exit from map view into external view, and the glitch should now be flickering like crazy

- perform the injection and circularization burns in map view, timewarping as necessary

- when in orbit, having completed the tutorial, exit once more to external view and see that the crazy blue circle is still flickering

Picture of my GameData folder, as per the instructions above:- 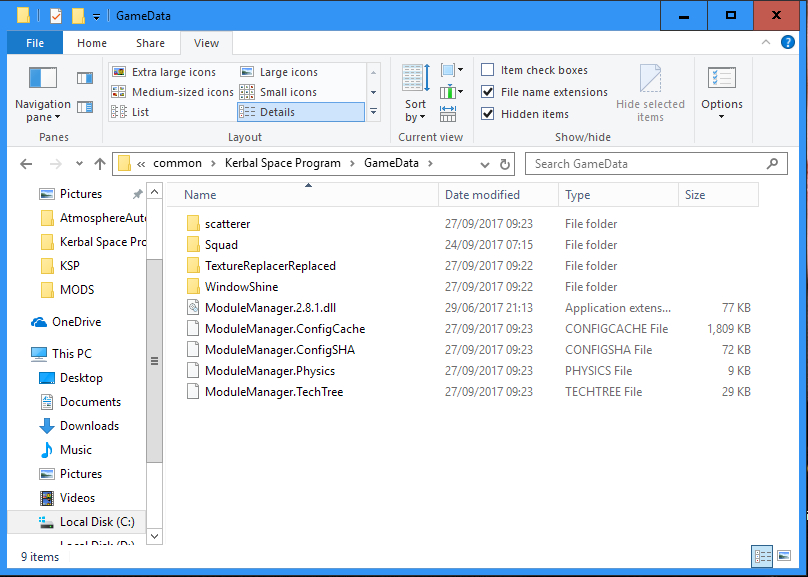 Thanks for reading, any solution would be awesome