Hi, I see there isn't any options for KSP 1.3.1 version on Curseforge: 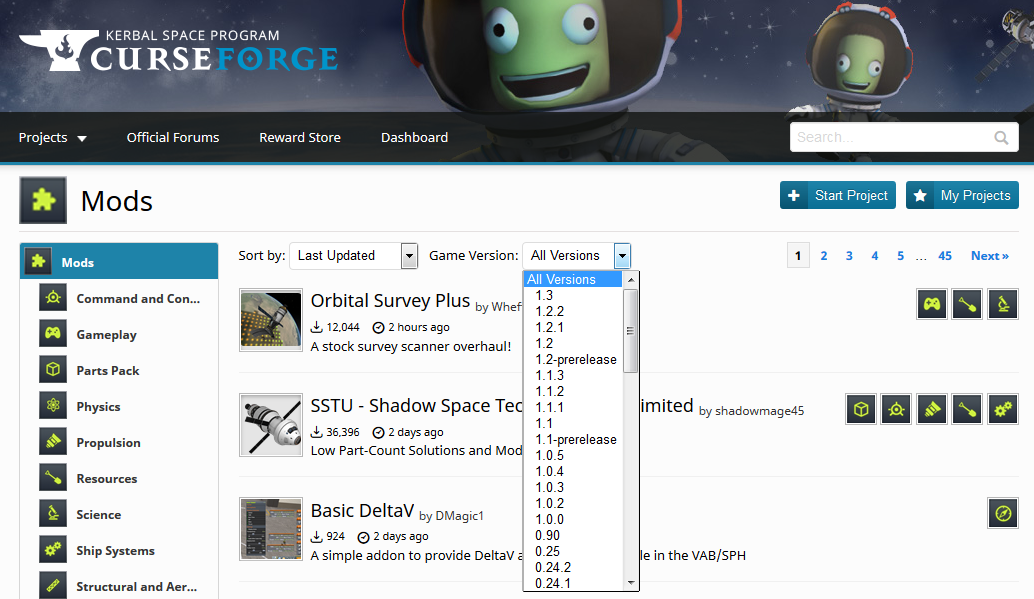