Hi there. I'm trying to modify default planets to look a bit more realistic, so I've tried to install Kopernicus with Stock Visual Terrain or RSS mod. While EVE & SVE that including Kopernicus as dependence works fine, Kopernicus with SVT or RSS won't work and all I get is striped yellow planets without any texture. I've tried both 1.3 and 1.2.2 version. 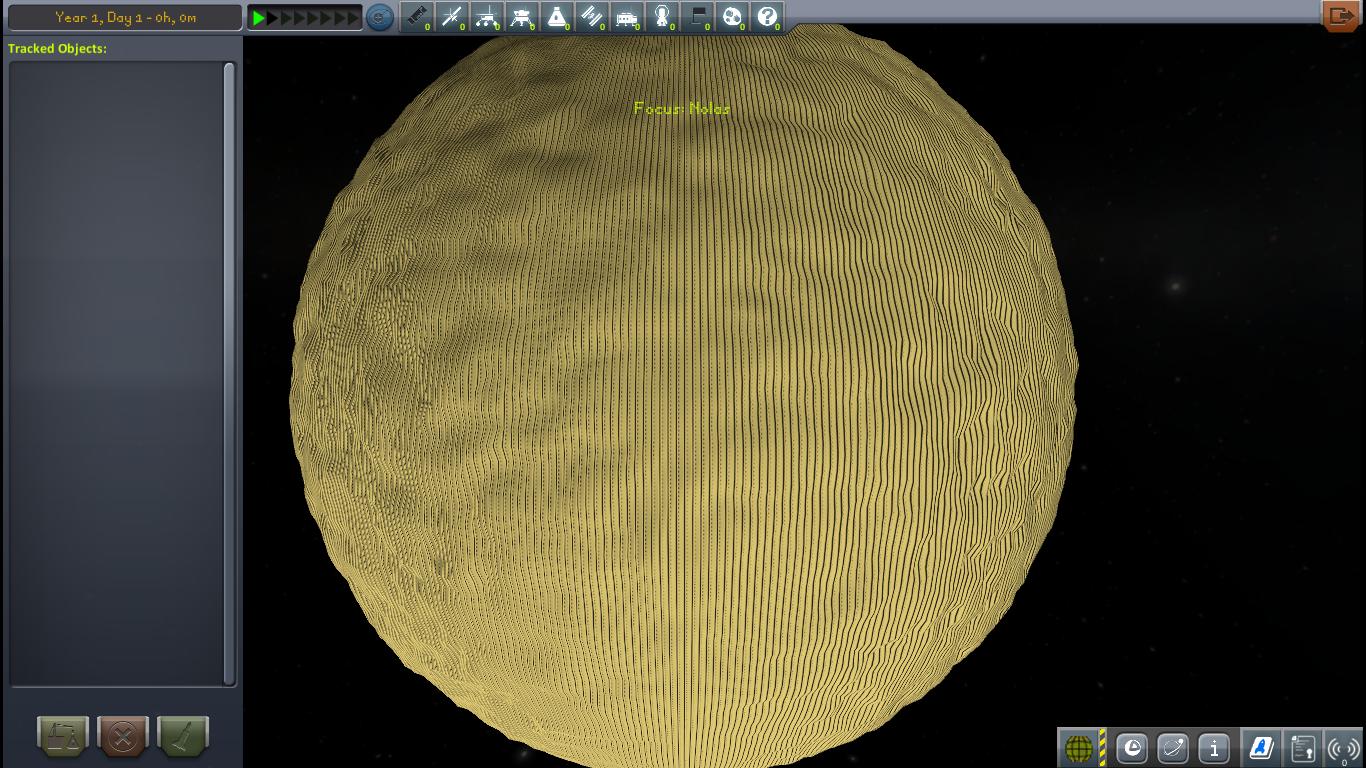 What do I know: texture packs are detected and used by game because with them game loads incredibly slow (+ ~10 mins). I have Windows 8.1 installed with latest Nvidia drivers. Tried to force either DX9 nor DX11, also ran in x64 and with admin privileges, still didn't got to work.

I'm confused because with the same problems were encountered unix users only, I've tried to google the solution already. Seems like everyone got working Windows version except of me.

You can see my logs here: https://pastebin.com/1M46c9ck

Can somebody help me?