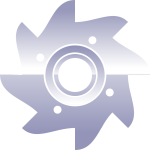 I have a moderately modded install of KSP version 1.3.0.

My problem is that i encounter multiple issues during my play and get a ton of errors and NullReferenceExceptions to the point currently even my save file gets corrupted sometimes. The mods are all installed via CKAN with the exception of DeadlyReentry, PlanetShine and AGEx. These mods should be compatible with 1.3.0 as far as i know and the problem doesn't originate from them as i suspect.

Problems i encounter during gameplay regularly are the following:

It's got out of hand to the point i can't deal with it alone. I think there are issues with multiple mods which is hard for me to backtrack so i ask for help here. Developers of the mods i'm having problems with may also find useful stuff in my logs.