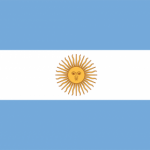 Hello everybody. I have a simple but intricate question on how would you think it's the best way to schedule science data gathering on a kamikaze probe burning on a gas giant atmosphere.

I use remote tech, I love the additional difficulty in it, but I think I hit a wall here. When I want to send a probe to a gas giant I can't get the science before the probe is destroyed due to signal delay. Is there any way to automate or trigger the science gathering from the probe itself?

Do you have any ideas on how this task can be done in a efficient way. Thanks to all your ideas.

As always, forgive any grammar mistakes and feel free to correct me.