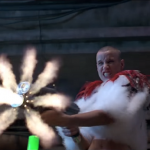 By Dr Wily,
January 7, 2018 in The Spacecraft Exchange