I am facing a challenge with the fuel feed system and am hoping to receive some expert advice!

This link is to an unmodded .craft file for KSP 1.3.1.  The craft is the B payload for Operation Beach Head loaded atop a standard Aquila launcher/transit vehicle.

The lowest 3 engines ignite during the lift-off stage and are intended to burn out together.  To make this work in KSP versions 1.0.5 (which it did), fuel lines had to be run from the lower tanks to the next-level higher *engines*, rather than the tanks above.  (This was due to one of the peculiarities/flaws of the original KSP fuel feed system.)

Since 1.2.1, 1 tank on the lower deck runs out before the other two.  I investigated this in 1.3.1 with the fuel feed overlay system and verified that the fuel lines are all correctly attached and everything seems fine.  In addition, I can see no way with the new fuel priority system to prioritize this any differently.

Any advice, insight, expertise will be greatly appreciated and acknowledged! 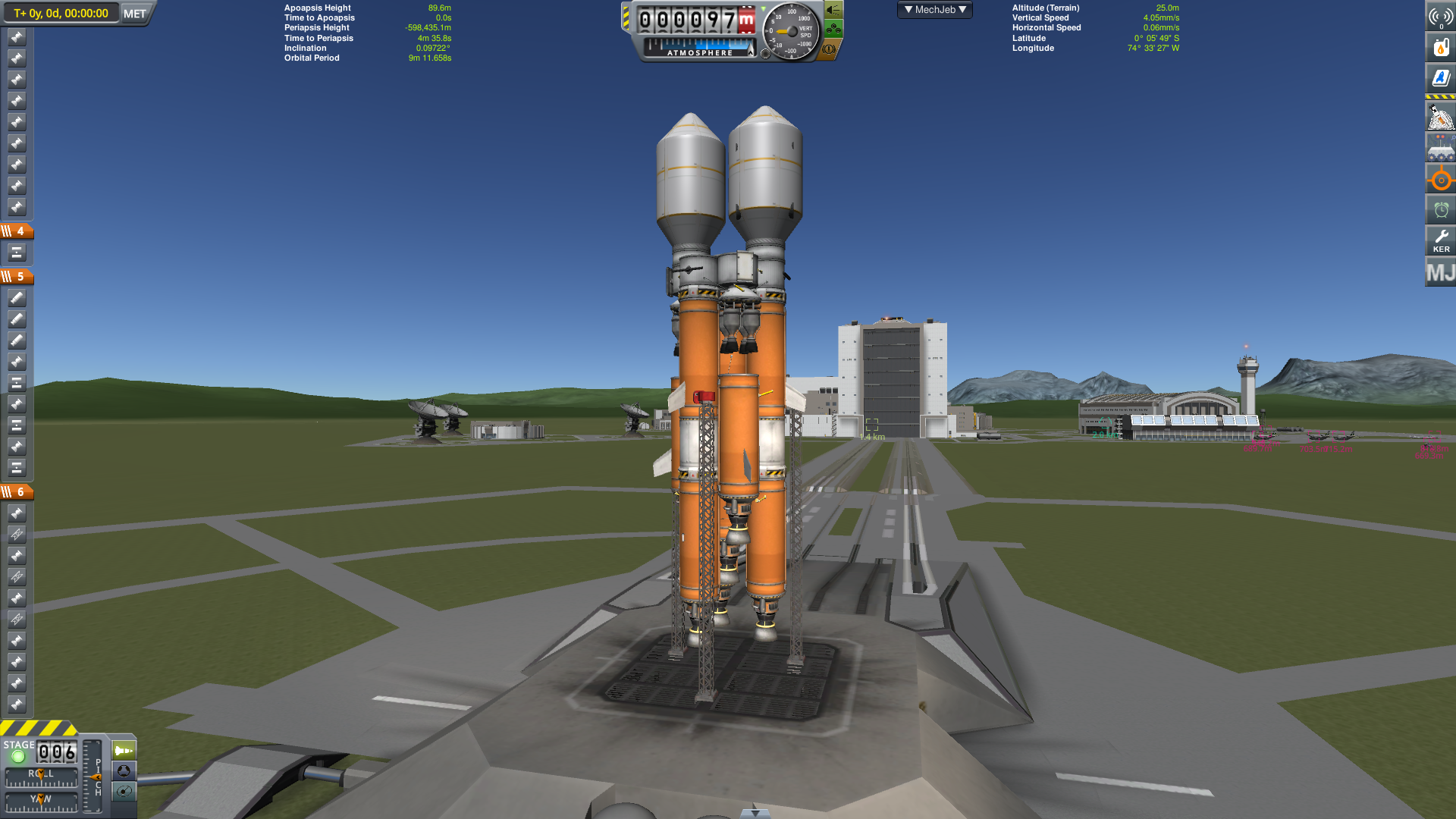 [And yes, I did promise that Aquila is the ugliest ship in the Kerbal universe.  If anyone has created an uglier Gorgon, I'm sure we'd all enjoy seeing it!!]

37 answers to this question