New to rovers, and very confused

So I am pretty new to KSP, and I have watched a few tutorials on rovers which I am keen to start using. While learning KSP I have been alternating between building my own stuff and using some of the prebuilt rockets and aircraft.  I've landed and returned from the Mun and Minmus and stranded a Kerbal on Moho,  so now I am keen to explore more.  But one thing I do not at all understand:  how do you take a rover, whether built by me or one of the stock ones, and do anything with it?  Once we get into multiple vehicles I am lost.

1. How do I attach it to a rocket?  Do I need to make it a sub assembly?  Do I always need some sort of decoupler?

2. Just to see what I could do, I was trying to get a stock Prospector rover into the cargo bay of the stock Mallard. I cannot for the life of me figure out how to do this.  I opened the Rover, saved it as a subassembly and then opened the Mallard.  I could not place the Rover in the Mallard in any way that did involve fusing it to the plane. Can't you just roll the thing up the ramp and secure it like you would a real jeep in a C5A?  I've pasted some pictures below.

3. Testing the same rover just on the Kerbal runway, I get a message that it has no remote control or manned command modules. But it has two seats for Kerbals, and yet I cannot fill these.  What is required that I am missing?

4. I was also playing with the stock Rover and Skycrane. Once I detach the rover from the skycrane I no longer have any control over the skycrane. Is there any way to retain that?  What if I want to safely land the skycrane or send it back up to a mother ship?

5. Totally unrelated to the posted topic, but is there anyway to toggle Kerbal Engineer off or just hide the window when you are not using it? It's an amazing mod, but occasionally I'd like to be able to turn it off.  You can see in the pictures how it is kind of in the way at the moment.


Thanks for helping out a newbie 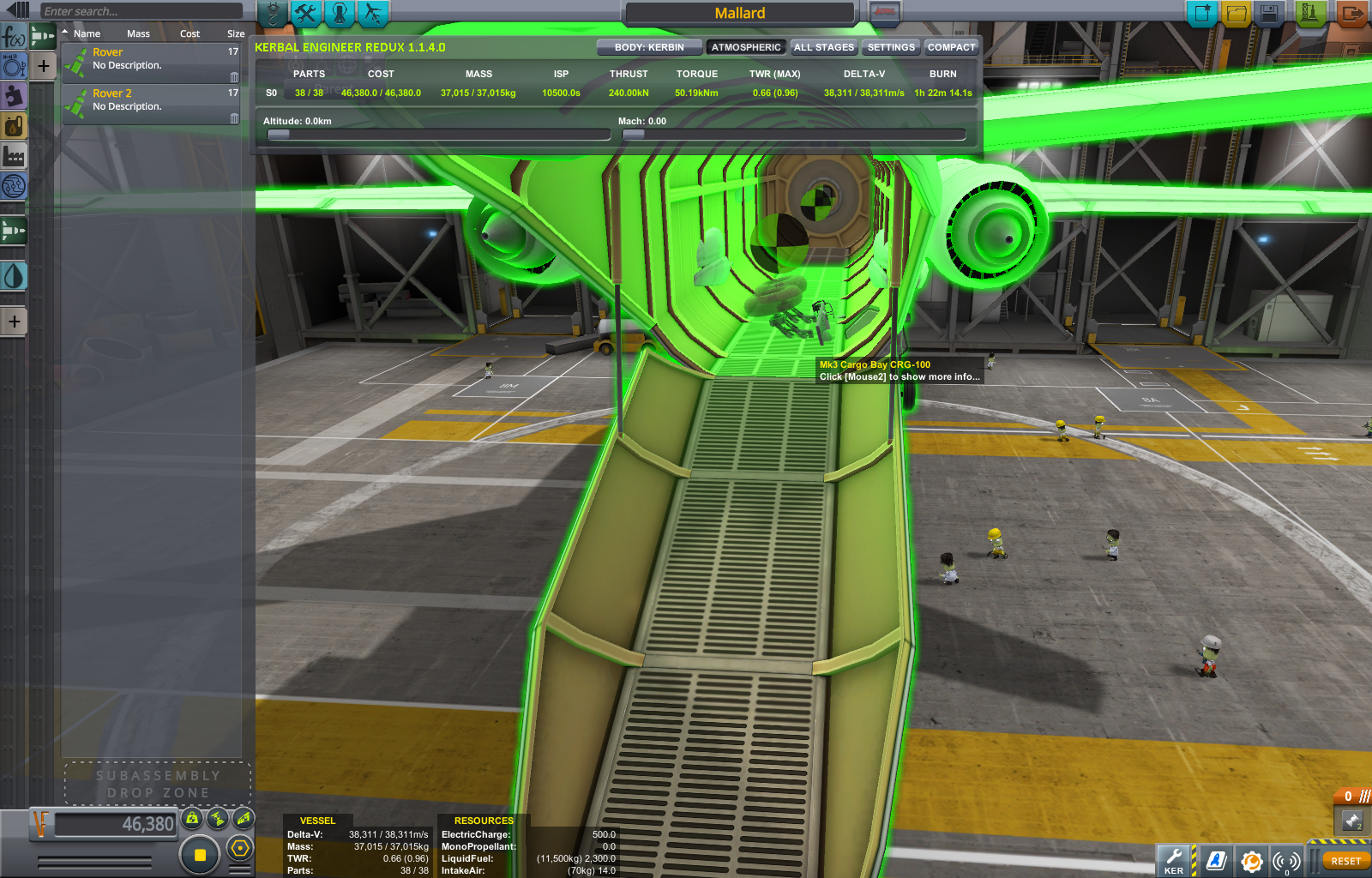 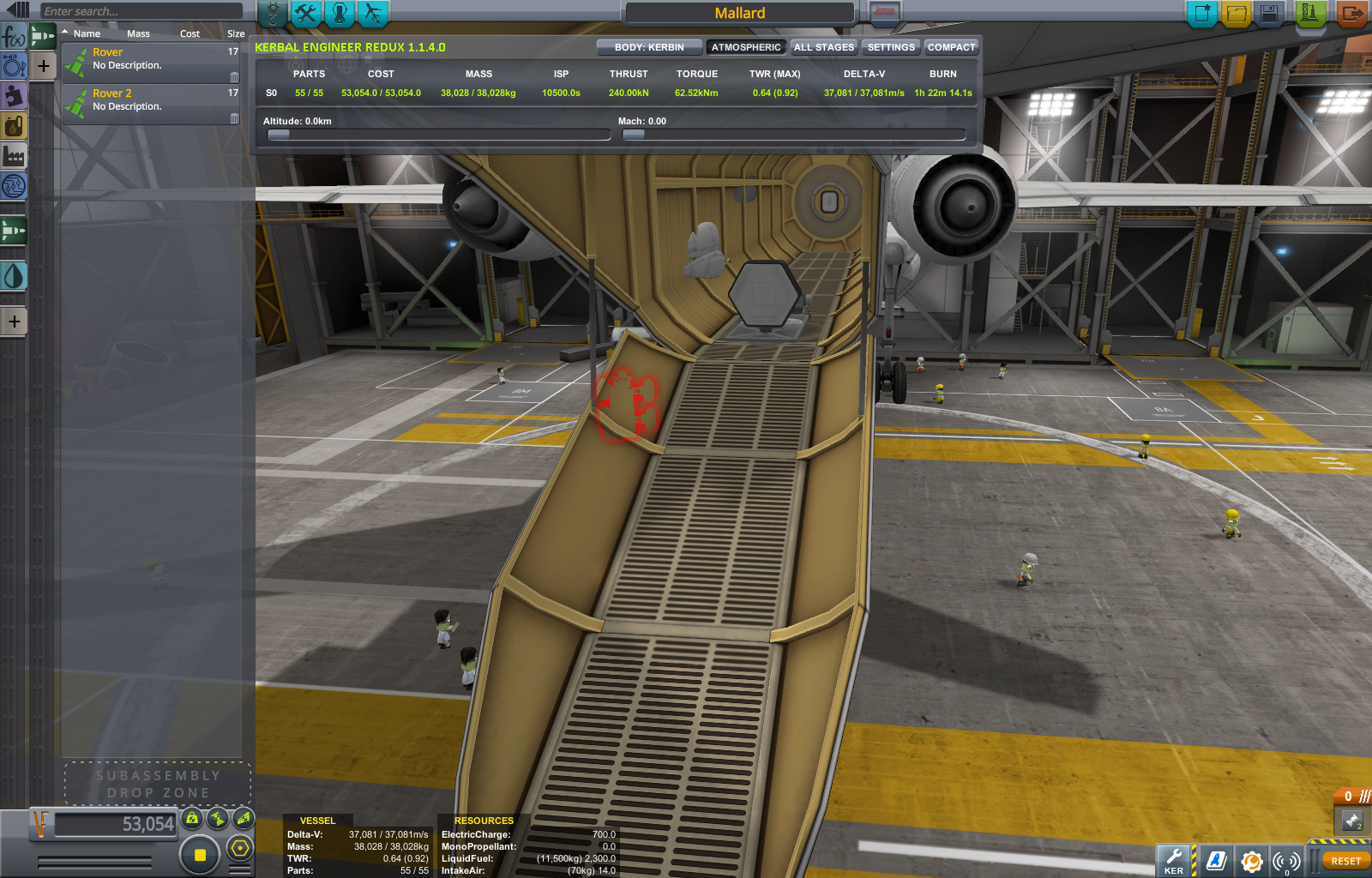