Paired Docking ports will not show "undock" options, and so cannot undock

In kerbin orbit, I've been working on a large assembily. 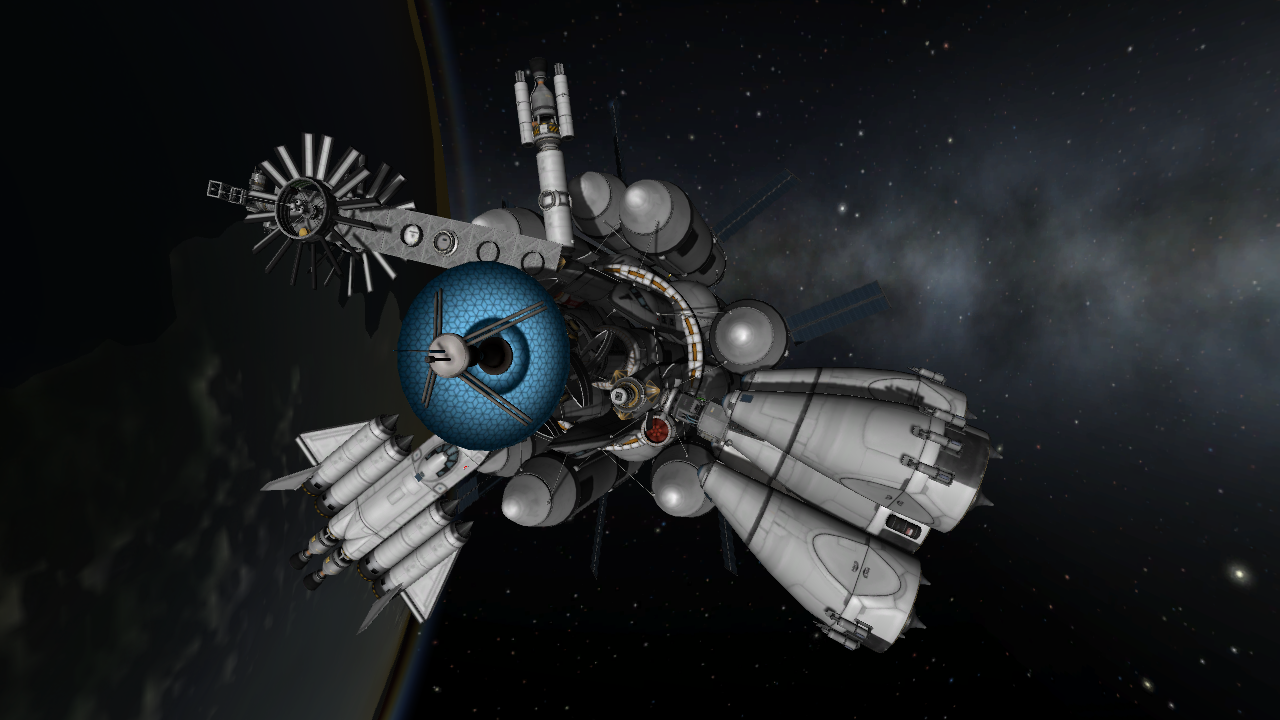 However, I found that the nuclear tug attached to the docking arm is not giving me the option to undock, from either the tug side or the docking arm side. I can undock the docking arm from the ship proper, which I've done in the meantime for base management, and all the other docking ports seem to be working as well as usual, but that one pair is not cooperation.

This is a KSS install under Kopernicus, With Roverdude's stocklike warp drive and Kerbal Engineer. Base install is 1.3.1

I have of course attempted swapping ships, returning to space center, and even closing and reopening the game.