On this day 49 years ago the Saturn V blasted off Canaveral to bring Armstrong, Aldrin and Collins to the Moon. How do you celebrate Apollo 11 week? - UPDATE: The Eagle has landed! 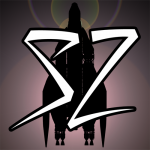