Yet another "docking doesn't work" question

Well, now I am officially going crazy...
(This post is "upside down"...as I edited things on top of things. I hope it doesn't confuse too much)

Sooo...I reloaded to before building my space station core, made sure all docking ports were now corrected to the way around so they can actually dock.

Launched it and did the same to the next part which was supposed to dock with it.
No "+" to be seen on any of the Sr. docking ports, viewed from the outside. According to the Wiki entry on the Sr. docking port these should now all be correctly placed.

Please believe that I get those two docking ports on top of each other really close...many times already.
So what is the (obvious??) mistake I must be making all the time, as it should be the prograde target marker showing up?
Maybe it helps for the solution to note that upon contact, I get a distance measurement of 9.something meters. (where it says 11.5m in the pic). I guess it should go down to 0.0 meters? 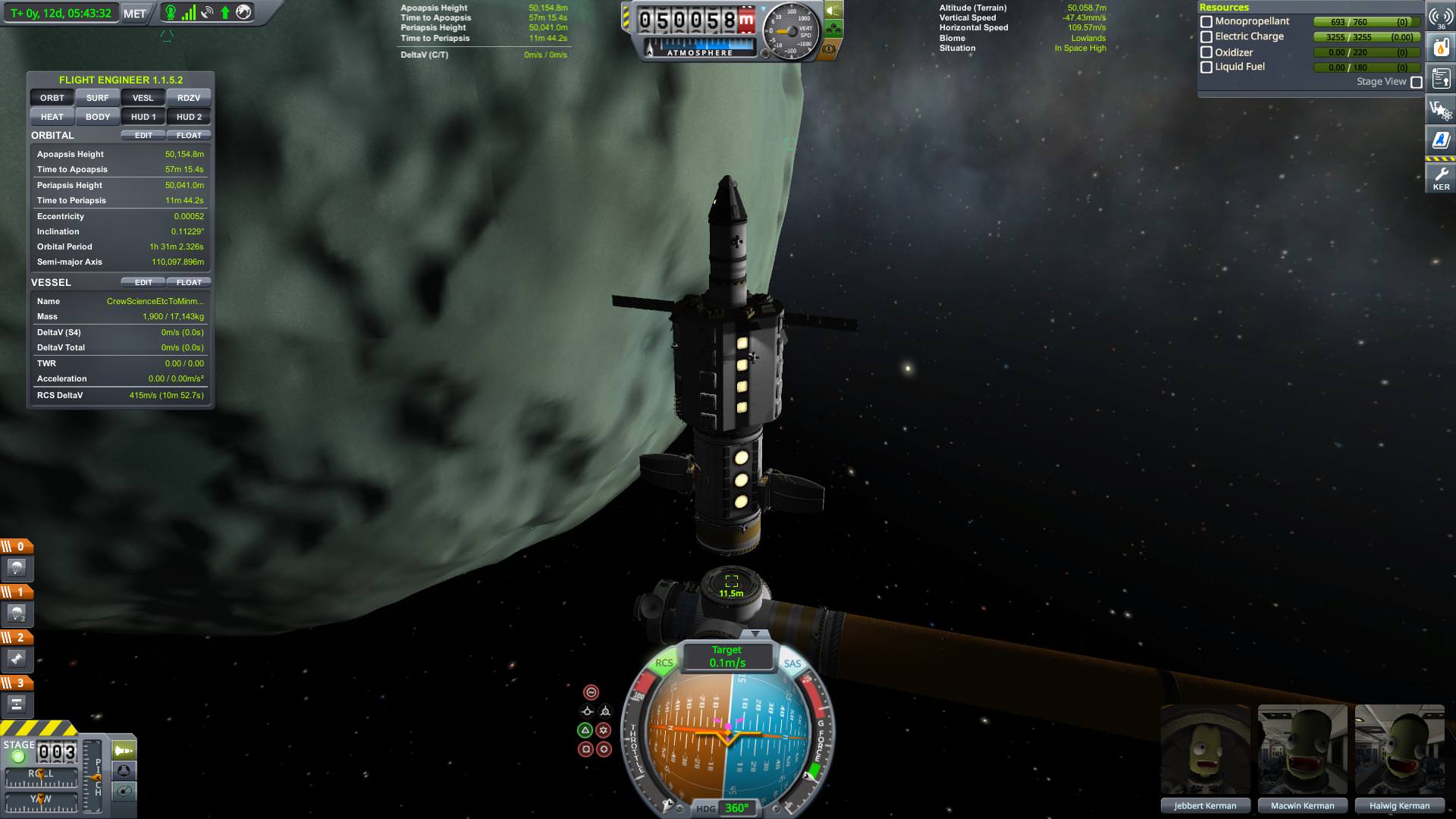 ((OMK, don't even bother reading, except you are having the same problem...
just looking at the wiki-entryfor the docking ports, before building my first space station, would have saved me hours and hours.

There is no "male/female" orientation...no...but there is one orientation it docks and one in which does not dock at all!!

So easy to see in the Wiki, and so weird that in so many videos and so many "why is my docking not working"-threads in the forums...this is not mentioned.

after watching about an hour or so of different docking tutorial videos, I am trying it myself.

Then I read forum entries like this for another hour or two, and used all the information on my next trials...still don't get it to work.

From all the tips and tricks a read and viewed, I tried:
- removing the only mod I am using (KER), didn't work with or without
- moved the vessel away about 50+ meters and back in (to "reset" the ports), didn't help
- all 4 different iterations of SAS on/off on the combination of both ships
- saving/reloading and trying again
- different port-orientations. The "space station" has 5 docking ports available, and due to the construction some of them have different sides of the docking ports facing outwards. There is some design on the middle of the docking ports, with a small "+" on the middle in one orientation, and no "+" if it was installed "flipped" over. Although I read that there is supposed to be no "male/female" sides of docking ports?
- etc etc

The thing I am wondering about most is: Even when very closely together, I cannot see any movement which looks like there is any magnet action going on. In videos I can clearly see how the magnetic forces pull stuff around...in my case the only movements are from RCS and from the two ships pushing each other on contact.

I am running out of ideas here.

This pic is not even one of the best alignements, but shouldn't this be close enough?: 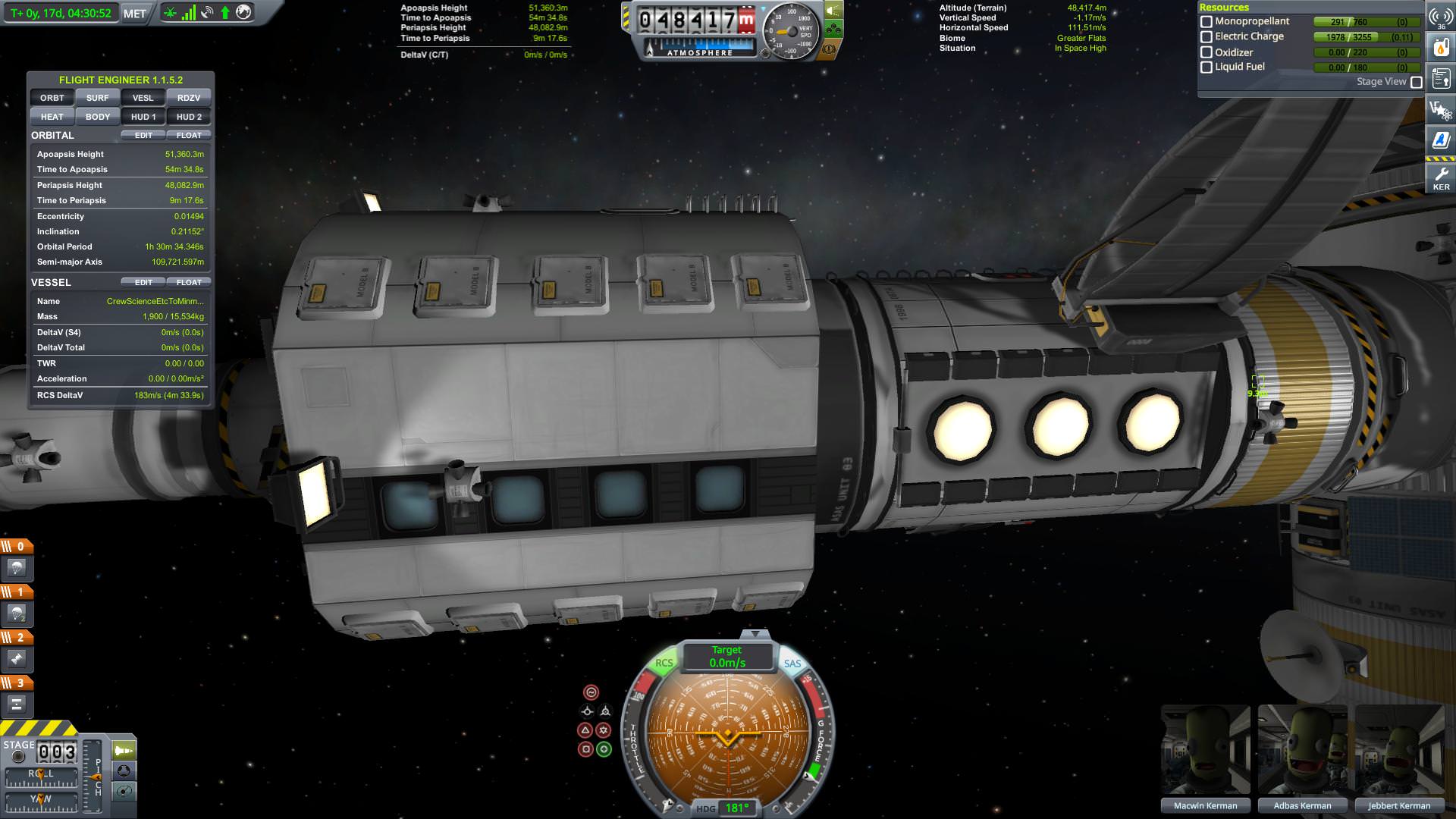 Hmmm, just having a thought:

If my pilot (there is one on the space station) and my probe core (on the vessel) are not experienced enough to have the target nodes show up in SAS...can I even dock with them?
Or do I need more experienced pilot and a better probe?
Kaiptan is 2-star, probe is OKTO2.