While preparing my next entry for the Shuttle Challenge, I ran into a problem while aerobreaking in Eves atmosphere. Well, obviously the dense atmoshphere is a problem on it's own but my Shuttle would survive the aerobreak theoretically. The wings and MK3 parts are pretty heat resistant but two tanks, which are placed above the wings, will heat up as well, even though they should be shielded by the wings: 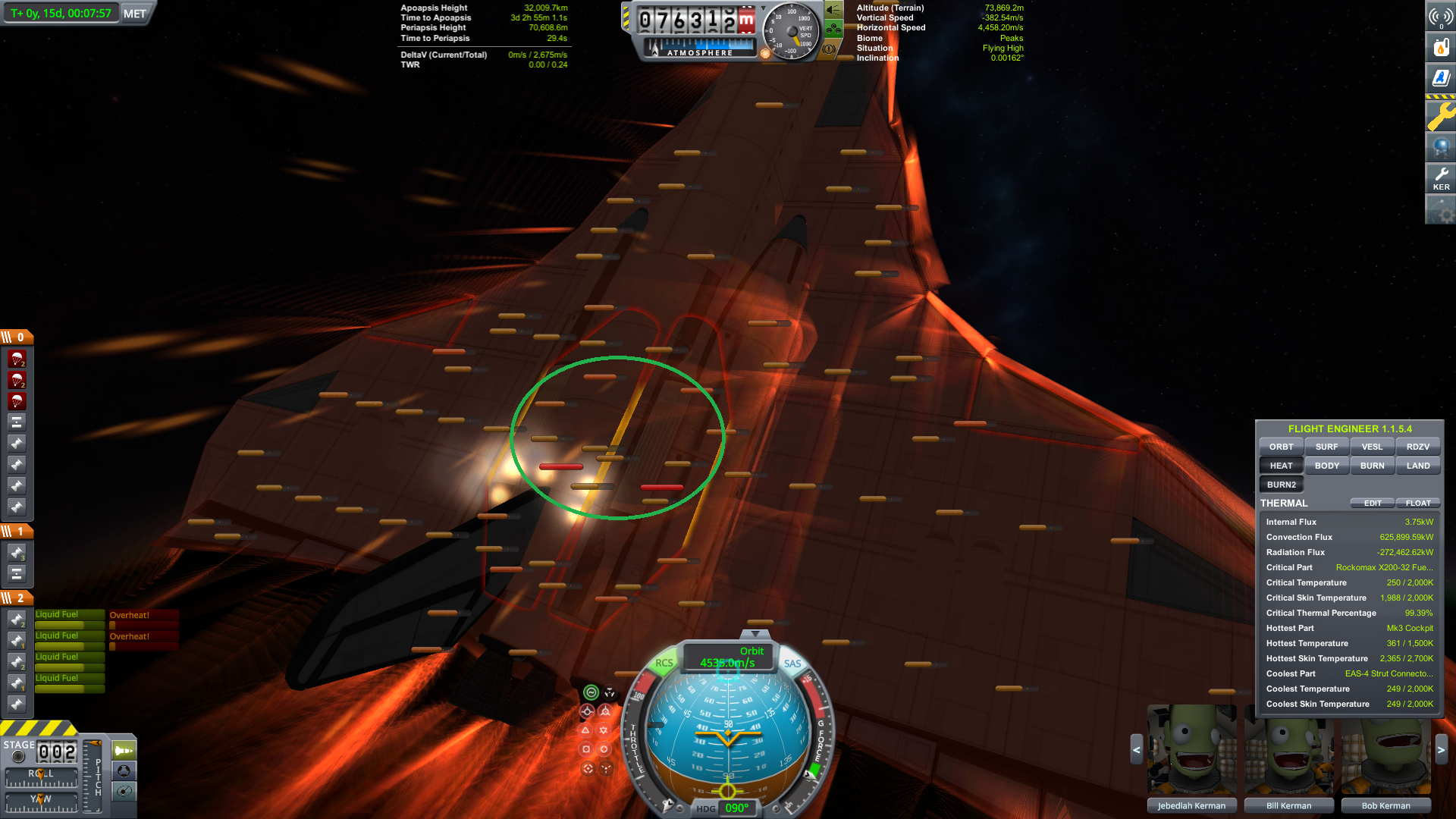 These are two Rockomax X200 fuel tanks. They are clipped inside the MK3 fueltanks and the wing: 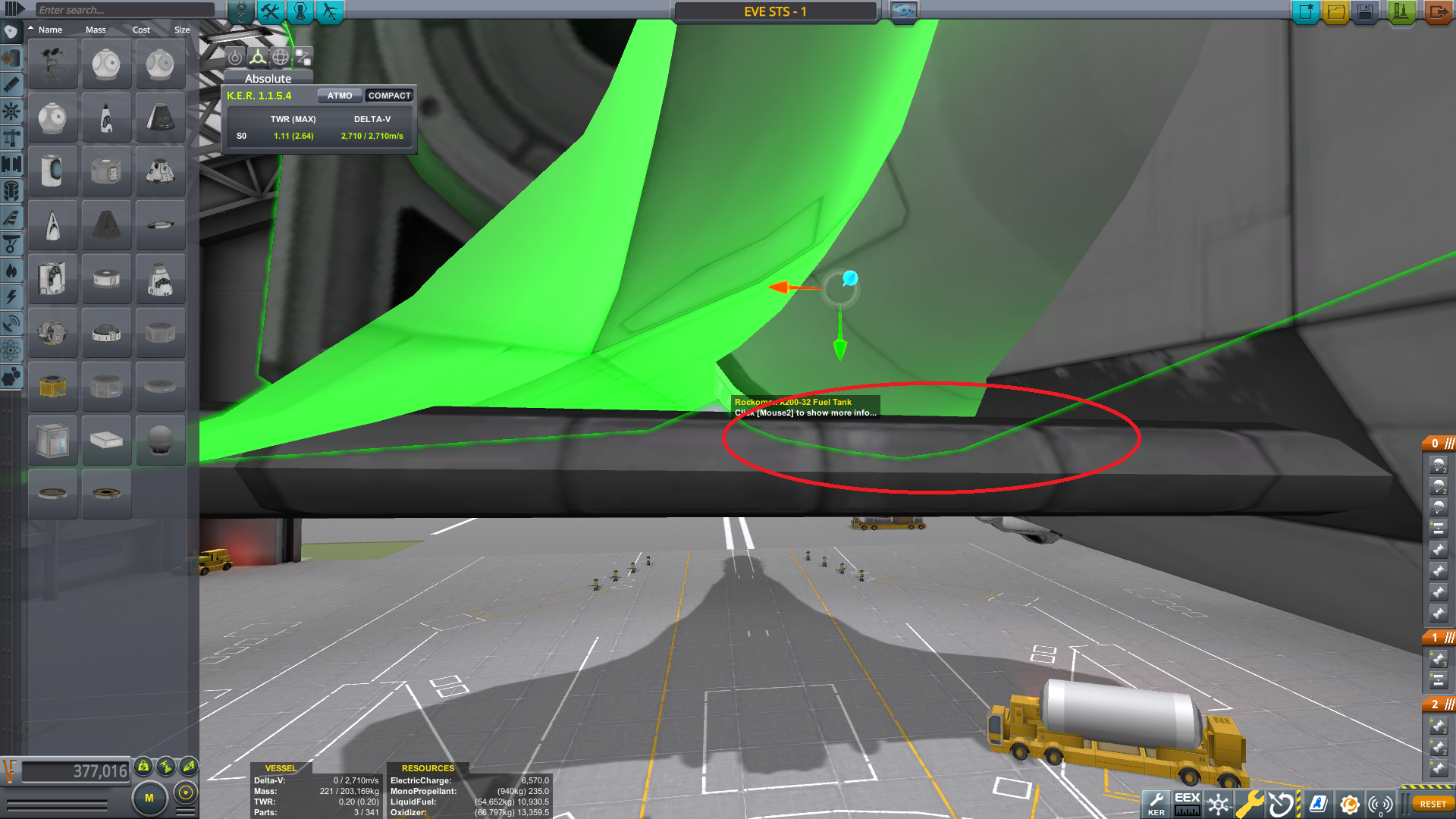 For testing purposes, I alreaded moved the tanks upwards so they are no longer clipped into the wing but still, they are not shielded.

The wing parts below the tank are the parent part for the whole wing, which is connected to the MK3 fuselage, and a single wing element connected to this parent: 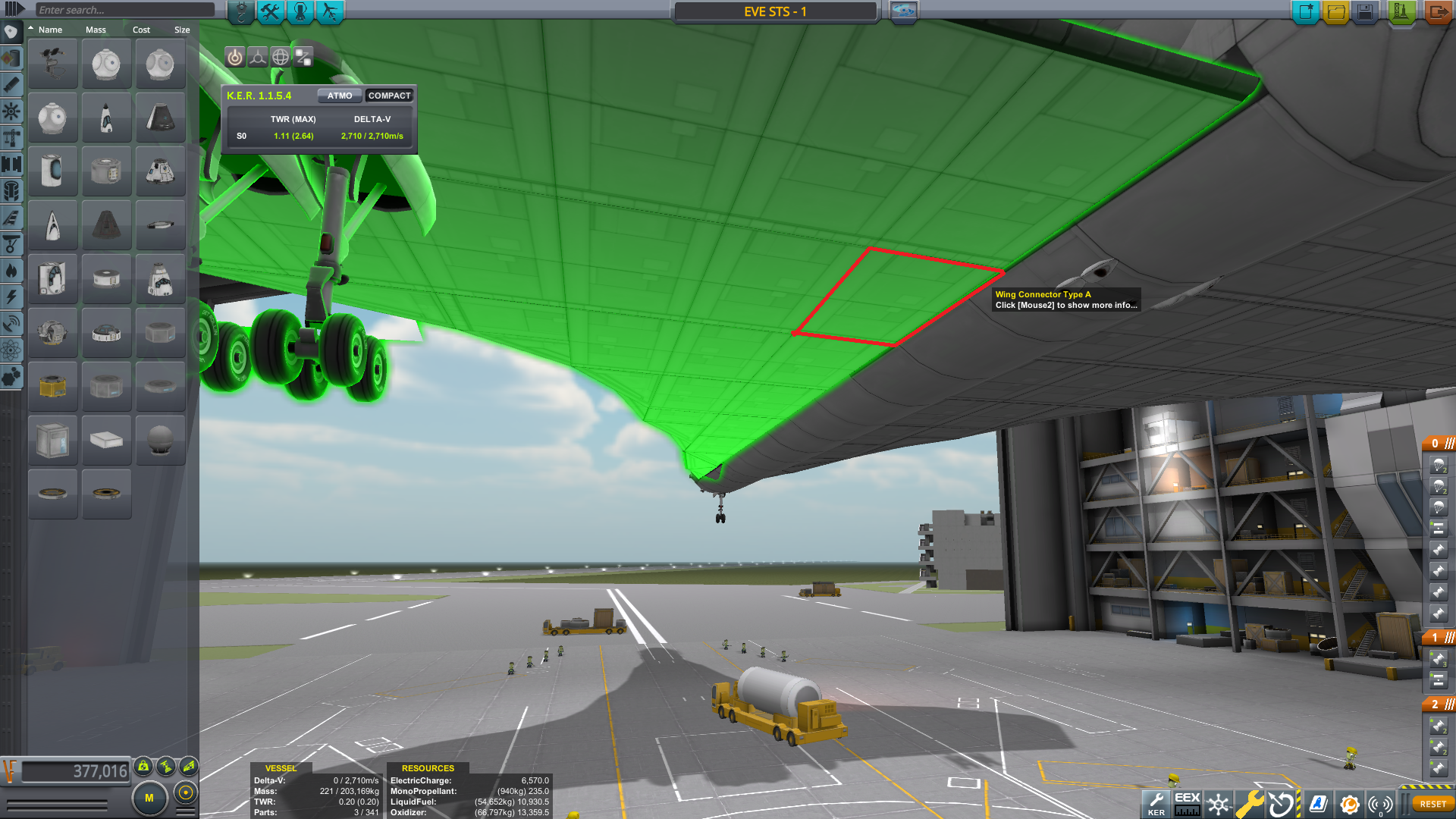 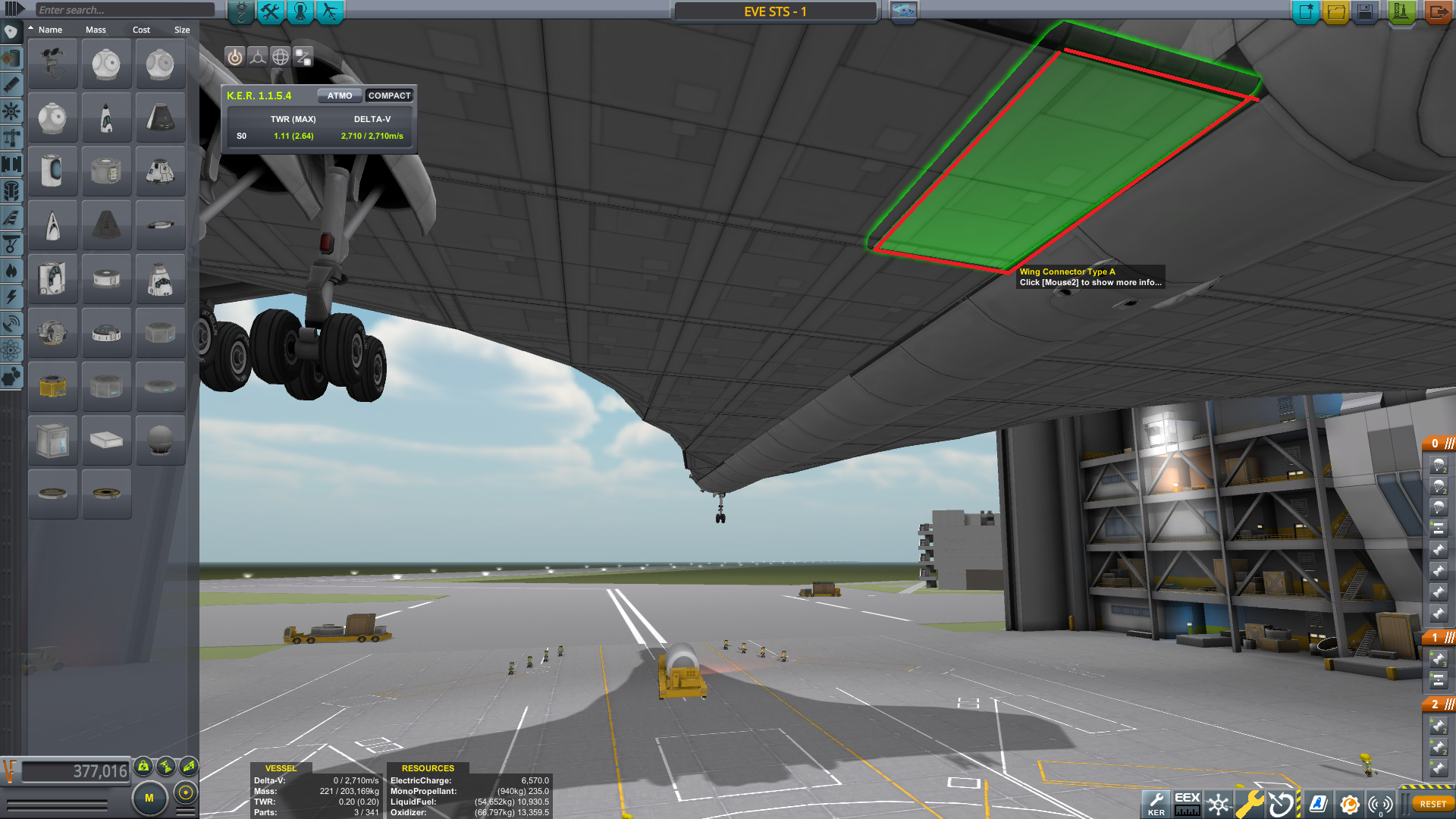 I also tried to place an additional wing element direct below the tanks, which is actually connected to the fuselage below the X200 tanks (the big wing is placed in the middle of the fuselage and moved downwards) but the tanks are still not shielded.

One more pic of the shuttle in general: 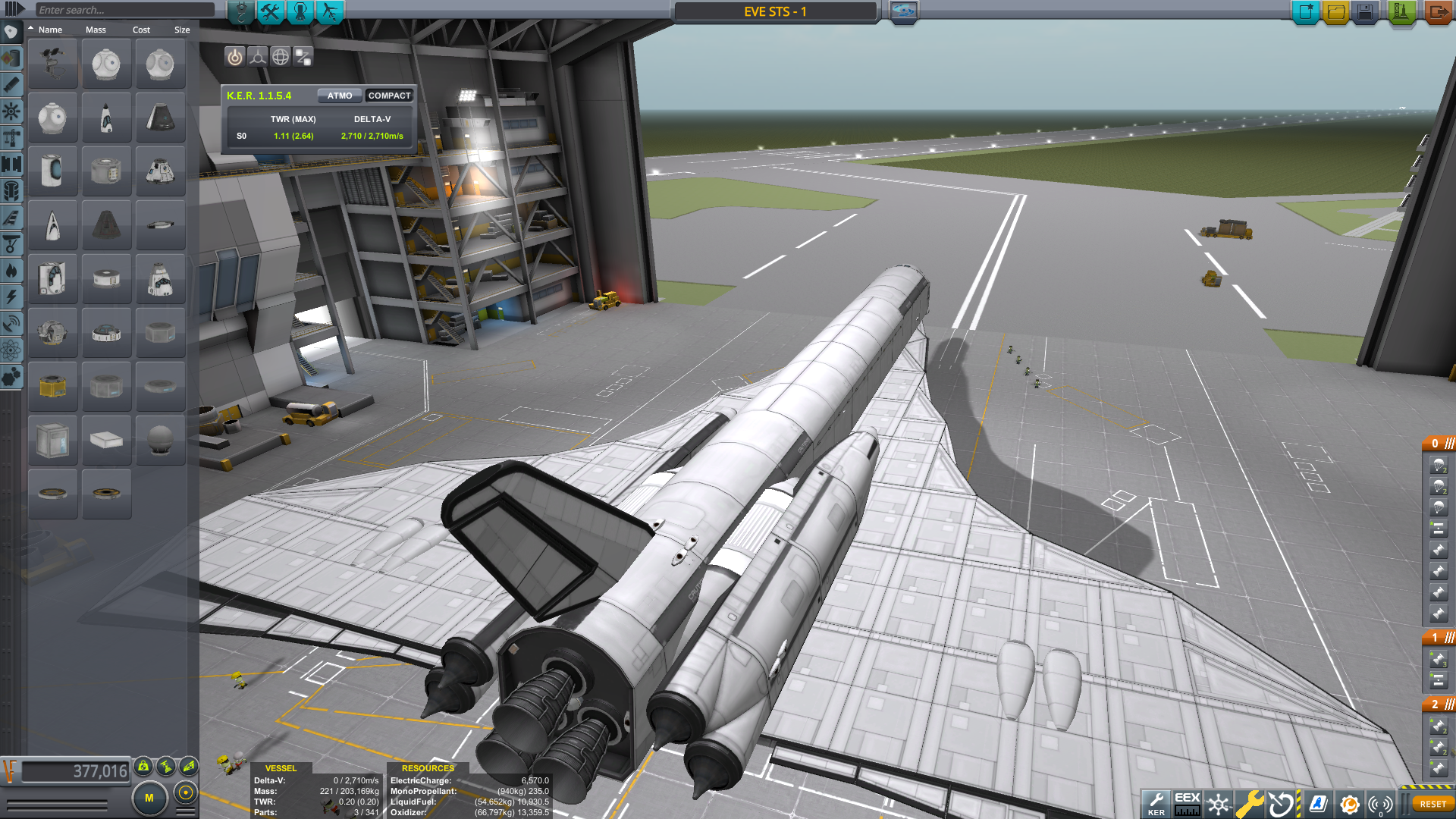 So, how can I shield these tanks? is it actually possible to shield parts without using a fairing, a cargo bay or a heat shield? The only solution so far seems to put a 10m heatshield on top of the MK3 cockpit and fly through the atmosphere while pointing the shuttle prograde but that's not the way I want to do it^^