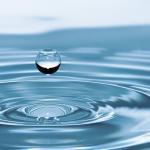 I have decided that after spending almost 600 hours in the game (595, should be 600 by the time I'm done tonight) it's finally time. I have never learned ∆v. All I know (and this could even be wrong, i'm really quite clueless) is that ∆v is the amount of acceleration/deceleration (although deceleration is acceleration technically) a ship or stage of a ship (or anything really) is capable of with it's current mass, fuel, fuel efficiency, and thrust. please, if I am wrong, correct me. what I would like to know is how to properly calculate the ∆v needed to make it into a specific orbit, how ∆v can be calculated for any given ship you may make, and anything else important to know about ∆v. I am by no means a noob at KSP, but also by no means an expert, to give you a feel for where I'm at in terms of ability, in career mode I have landed Kerbals on Duna and Eve, crashed a probe into Eeloo, done single ship return missions to both Minmus and Mun, I have landed a class C asteroid on Kerban using only 1 ship, and in terms of aircraft, i have flown around Kerban using a single drone without refueling, and landed back at KSC (technically I plowed into the hangar at about 450 m/s as a celebration, but i've landed that exact drone 4 other times out of 5 attempts, so I could have landed it if I wanted to). I never really bothered with ∆v because I was usually able to ignore it, and just build the ship so that it looked like it would be good enough to make the trip, then I would launch under the personal decision that regardless of the failure or success of the mission, I would revert the flight after (I called these flights my simulator flights, and I considered them to not be real, that way it was a test, to see if my ship could do what it needed to do) then after a successful simulator flight I would launch for real, and regardless of success or failure, I would not revert after the flight. using that method ∆v wasn't ever NEEDED. With the addition of certain ∆v based aspects of the game in the latest update, I decided the time had come for me to finally learn how it works, and start applying it to my space program.