How to convert an alex moon launch window into a maneuver node?

Sorry for posting this but I haven't been able to find an answer to exactly this question. Plenty of discussion about the Launch Window Planner mod, but I'm not using mods.

I'm orbiting Dres and need to get back to Kerbin. I've got 1,700 m/s of delta-v to work with. Yes, I realize I might have to abandon the mission and go build a bigger rocket. But I'd like to evaluate how far off my rocket design is.

Without using any mods , how do I convert this transfer from the alex moon Launch Window Planner web page into a Maneuver Node? 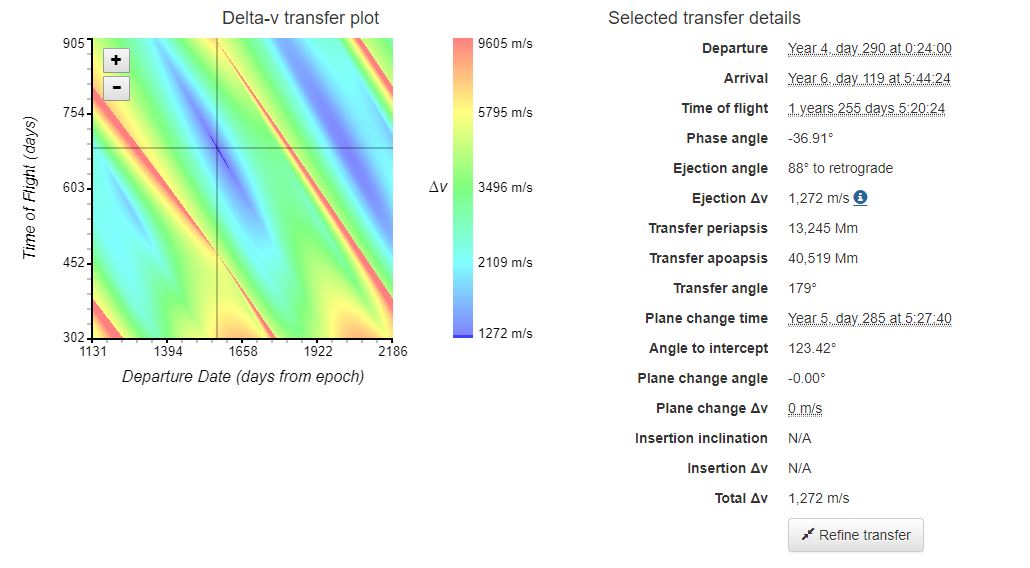 I've tried going to the correct UT time mark for the departure time, entering the two components of the Ejection burn (the 'i' info button says it's prograde 1263 m/s and normal 143 m/s), and from that I get basically into a large solar orbit that goes nowhere near Kerbin. So I'm doing something wrong - no idea what.

Update: Upon further review, I realize the alex moon site doesn't know anything about my orbit around Dres, so just using the UT departure time isn't sufficient. So likely that's where all those angle values come into play, but there no way to enter those angles into a maneuver node. So perhaps a mod is required, if I want to avoid just endlessly tweaking on the maneuver node and dragging it around hoping to find a Kerbin encounter.

Update to the update: (see strikeout above)

If I was to use a mod, which one that has been updated to work with KSP version 1.6.1?