Thoughts regarding twr, delta V, and the best "Kerbal" rocket 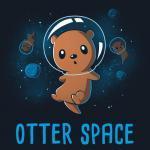 I've been paying much closer attention to delta V, engine weight, and twr as of a late, and I've noticed some interesting things.

To start, I've just recently noticed that the overall delta V of a craft is heavily affected by engine weight, sometimes even to the point of affecting which engines I'd prefer to use. Previously, I'd picked engines solely based on their ISP, size relative to the craft/stage, and the overall twr of the final craft/stage. However, since 1.6 added the delta V display to the stock game, I've been gradually prioritizing it over those other things.

Nowadays, I'm often shocked to find that the Delta V shoots up when I use an engine with noticeably lower thrust and ISP, seemingly just because of how light the engine is comparatively. I've started using the Spark engine over the terrier in all my deep space 1.25m craft in my early science games, despite the size the difference being quite noticeable; the delta V will tend jump up by shocking amounts just by swapping into the lower efficiency engine! I've even run into some scenarios that make seemingly worthless engines worthwhile; despite the poodle appearing to be inferior to the wolfhound in a variety of ways, it actually gives the craft more delta V in many cases! I'm sure this is an obvious thing that rocket science has to take into account, and I probably look quite dumb to a lot of people right now, but I just find it fascinating how a difference in mass of 1.55 tons can make 113m/s of delta V come from a noticeably less efficient engine!

I was just wondering if there was a good way to quickly quantify this at a glance looking at the engine stats. As it stands, I'm only really able to find the best engine for a craft through trial and error, since I'm not really sure how the engines weight plays into things. I've gained a general intuition for how thrust and ISP factor into a crafts design, and this new variable is getting me all confused

And now for the "Kerbal" aspect of things; I've recently been infatuated with the idea of making a rocket with the highest possible twr that can reasonably be achieved. I personally find it hilarious when I make rockets that are so powerful, that they are immediately burned up before they could ever hope to hit space

Does anyone have any tips for getting the most twr per part, while keeping burn time high enough to use that twr? I'd love that