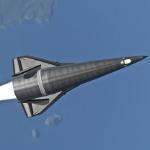 Whenever I time warp in a vacuum to do a burn, my FPS drops. I am fine with that. The issue is my fps fails to recover even at 1x speed. The only fix is to restart the game. The issue gets worse and worse the larger my craft is. Overclocking CPU is the only fix to improve the FPS.

I can get 30 fps with a part count of around 300-500 parts. It stays at 30fps very consistently. As soon as I time warp to do a burn and go back to 1x speed, I am at 10fps. Reloading save, going to main menu does nothing. Re loading save after restarting the game fixes the FPS bug until I time warp again.

I solved it! Someone mentioned Physics Delta Time to me. It was already set to the lowest setting, but setting PDT to max got me the FPS drop that I experience. I downloaded CheatEngine to search for 0.3 in float, found my PDT of 0.02999999933. With CheatEngine open, I was able to see my Physics Delta Time in game.

My friend helped me make this script for CheatEngine. Because of all the negative stigma using this program, I won't link any downloads for a trainer. Now I can play the game without restarting every time I warp! All the script does is call up the PDT value without you needing to search for it on restarting the game.