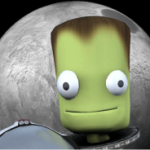 By WesleyWestland,
June 3, 2019 in The Spacecraft Exchange