Here is my rocket. It fly's stable. In fact it flies straight up every time. In flight there is NO comm indicator and it won't respond to any steering commands. The pitch roll yaw indicators during flight don't move at all. Staging works fine. Turning on RCS hasn't resulted in improvement. 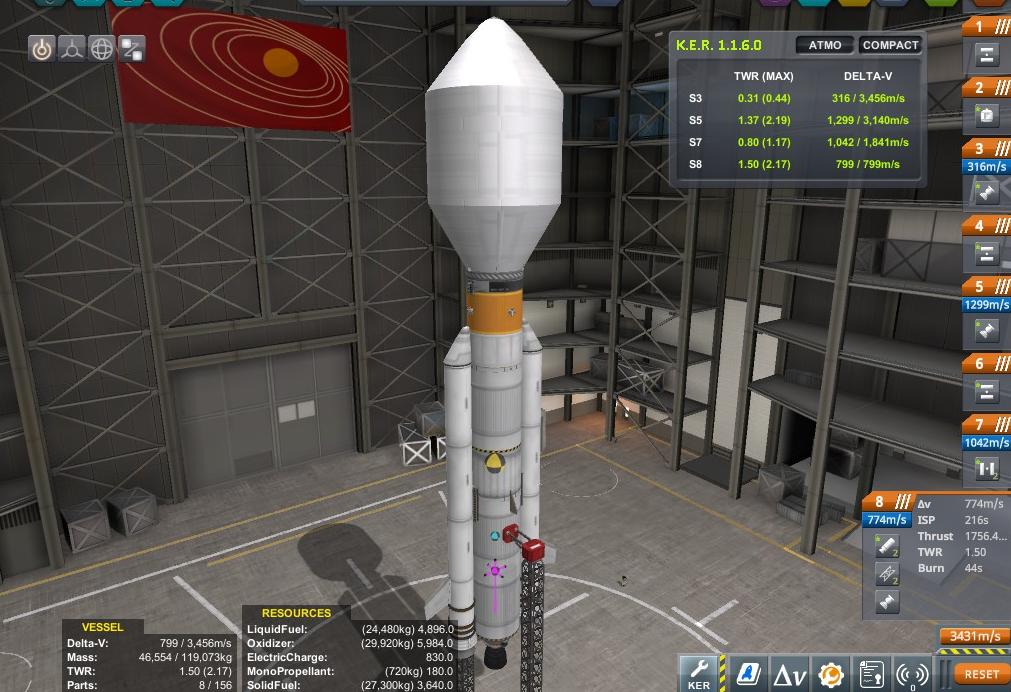 I Added the fins later to no effect. in fact, when steering I don't see any movement in the fins or the gimbal on the engine.

It is commanded by this probe core. There are two other probe cores on board the payload. Not sure how those interact. 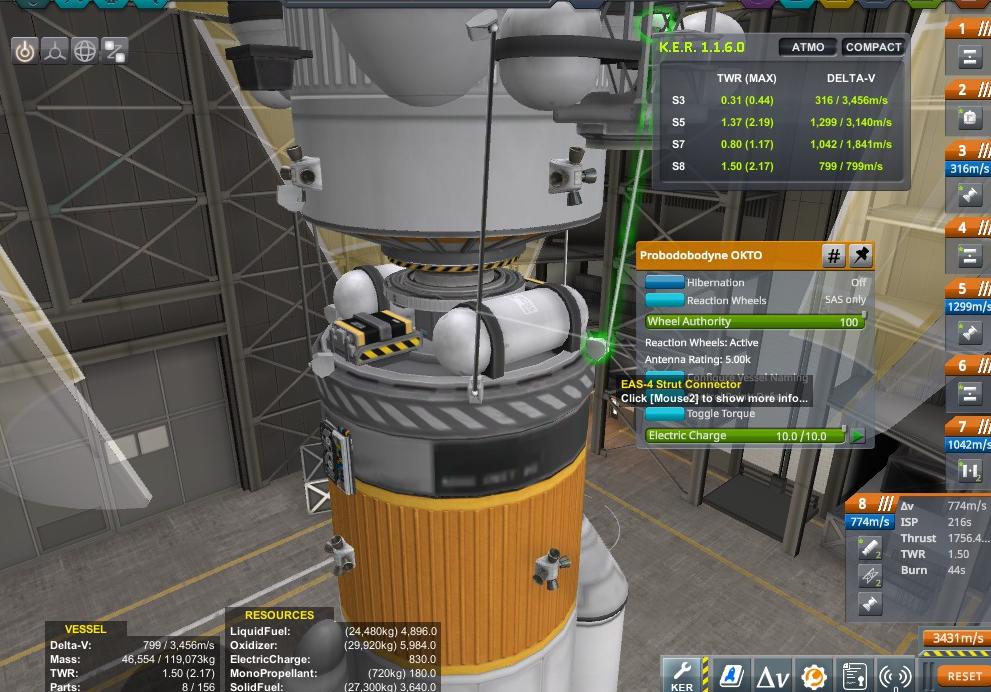