Can't Get Fuel to Transfer Through Grapple

Below is my prototype modular base which sits at the KSC (less the module on the left for testing, see next).  The front and back of most modules has a docking port and the power/comm module has a connection on 4 sides.  There's one sitting on Minmus with tweaks (mostly for transporting) but essentially the same.  The problem I'm having is that I didn't realize fuel won't transfer through structural items (beams) which are attached to the docking ports.  WOOPS.  The beam setup is common to each module and is what I decided on to make it modular for quick customization.  So I made a prototype tank that has a grapple on it to, hopefully, transfer fuel (that's the module on the left).  Well it seems that the grapple doesn't transfer fuel either.  Is that the case or am I doing something wrong here?  If the grapple doesn't transfer fuel what options do I have to use this big and small tank for a mining operation/refueling station.  Note the grapple is connected directly to the tank and offset with the offset gizmo to move it up allowing for a connection (too low and it wouldn't attach to the larger tank).

I've transferred fuel before on other rockets through normal docking ports by pinning tank menus and hitting IN/OUT but it won't work for this one.  Yes, the large tank is full and the tank on the left is empty.

This is career mode and cost me serious $$$ to get there (was part of a contract) and development time to get the modules working without the kraken coming to play.  So I don't want to abandon it but make some kind of adapter to get it to transfer fuel.  Without the grapple working I don't know what other options there are. 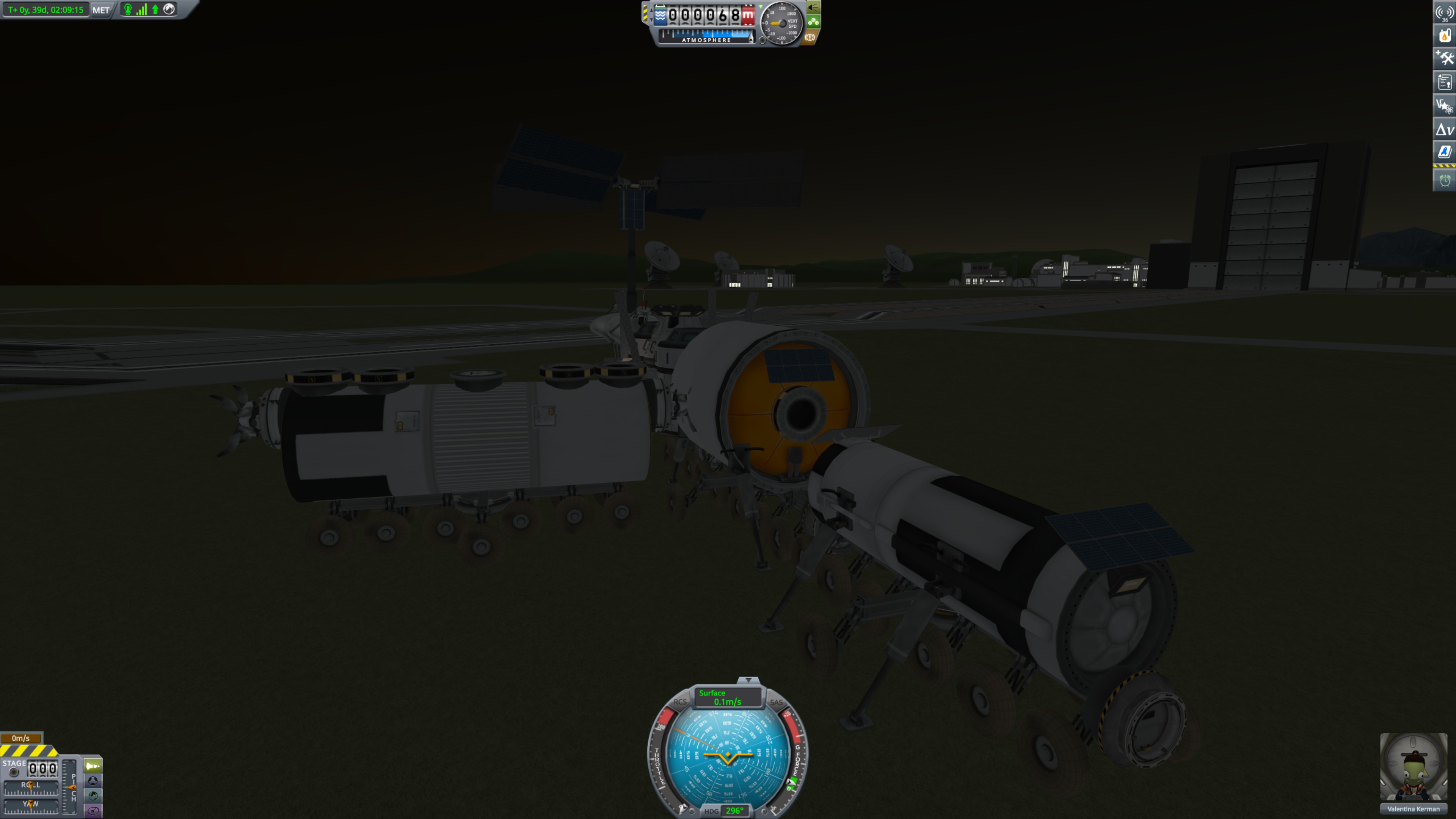