How can I fulfill a "orbit around the sun" contract?

I accepted a contract to take a tourist on a sun fly by AND on an orbit around the sun. Now, I was expecting that just peeping out of Kerbin SOI would have fulfilled both the mission requirements (Sun fly by and orbit). instead, when I left kerbin SOI, the flyby condition was green-checked on the contact window, while the orbit condition remained grayed out. This is sort of puzzling, since I can see on the map view that my ship is on a clear orbit around the Sun. 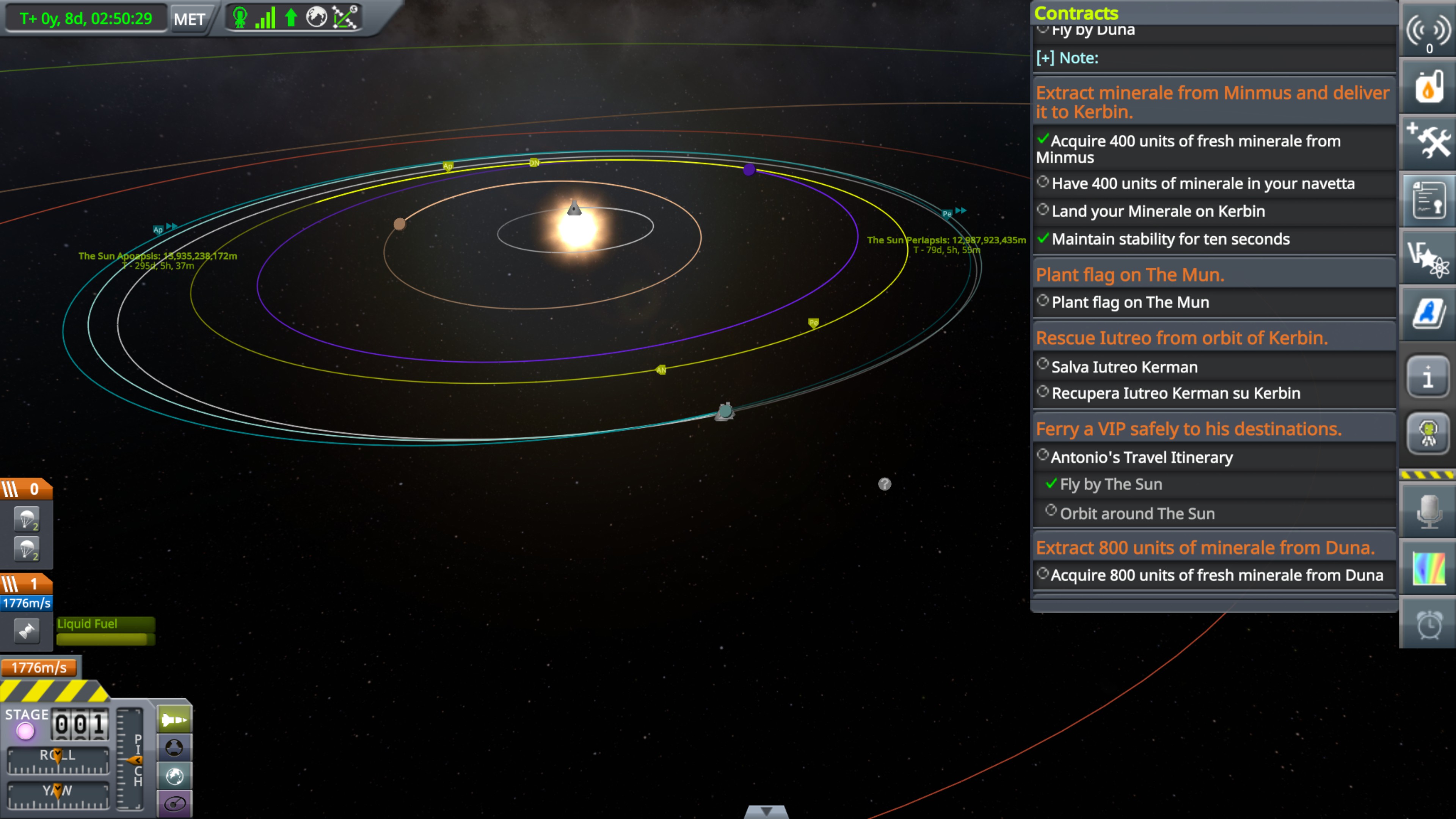 Any idea on how the game award the condition of orbiting around the sun?