I've been trying a little more with SSTO spaceplanes recently. I've done some in the past, mostly small ones with stock parts, but in this heavily modded career game I wanted to try big, so I built this one using moslty OPT parts, which I wanted to use for a space camp mission (bring 15 tourists to orbit).

It actually has a pretty decent TWR, not a lot of DeltaV probably, but I haven't tuned it yet...mostly because I can't get it past 370 m/s or so. In the picture attached you can even see that I'm pitching down, but even pitching down, my speed was DECREASING...

So. I'm showing the aero overlay, by doing some googling, I saw people seem to suggest drag from clipping parts might be a thing. I can't honestly think of anything else, given the large wingspan and high TWR. 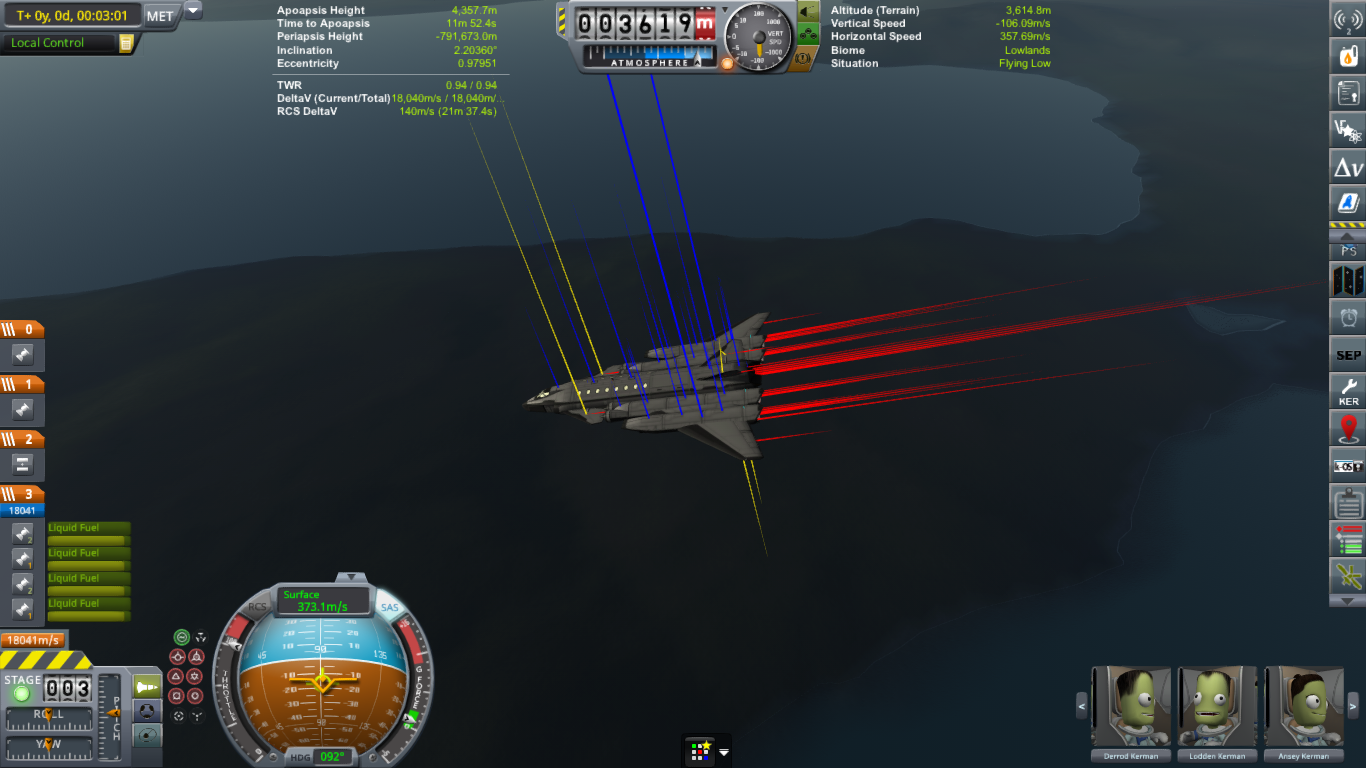