Once this plane is rolling, it won't stop.

For a challenge, this plane is supposed to fly fast (very fast) at a high AoA (example). Hence the vertical Mk2 parts. Unsurprisingly, these cause trouble in the yaw axis, which necessitates the huge tail fin. And now, that is creating problems of it's own.

Trouble starts when I want to slow down for descent. To do that, I pull up for braking, while trying to control the descent by rolling. Here's a demo of that maneuver during a more leasurly spaceplane entry, but of course, for the sake of the challenge it happens a wee bit faster and more aggressively.

I'm not sure if my problem is proper inertia coupling, but at any event, rolling the pitched plane induces some yaw, which grabs me by the tailfin and adds more roll force in the direction I'm rolling anyway. Positive feedback... and once it happens, I can't snap out of it: 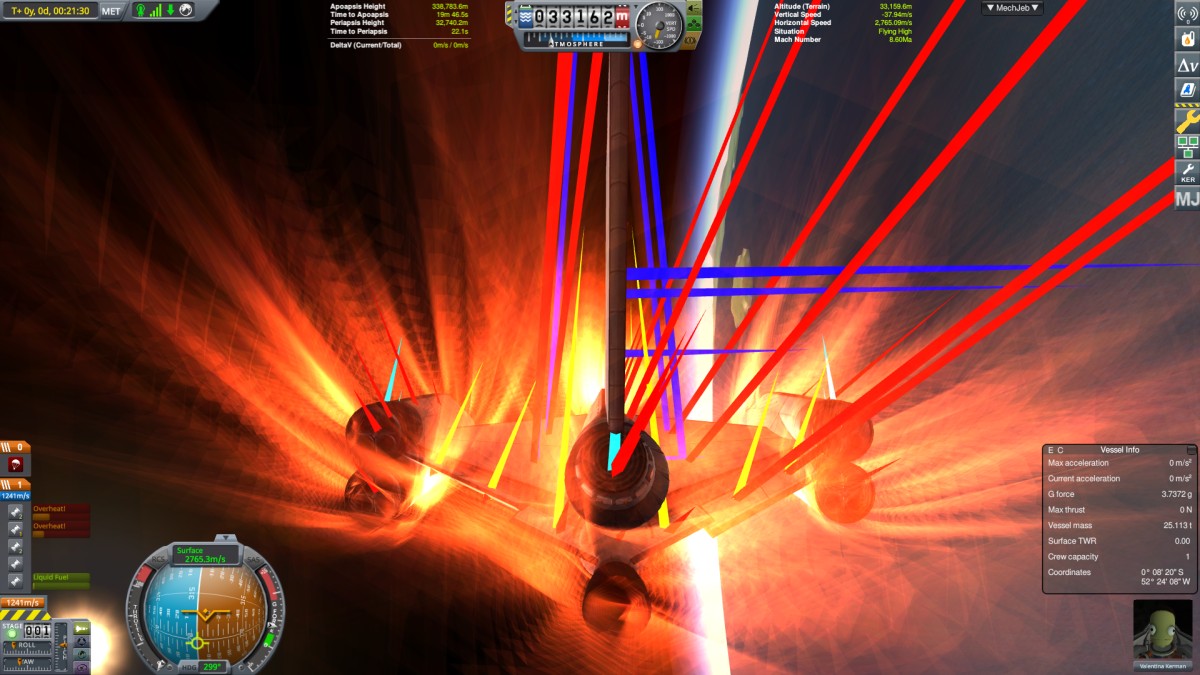 Just look at the size of those pointers. I don't think I can reasonably add as many control surfaces as would be necessary to counter that.

I consider adding a rudder close to the centerline, or possibly even below. Which is a cheesy kerbalism, but if that is what it takes...

Still, I'd like to ask: beyond MOAR CONTROL, is there anything I can do in order to make it inherently more stable? Or at any rate, less unstable?