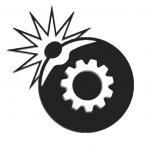 By Servo, May 1 in The Spacecraft Exchange