[SUGGESTION] Career Mode and Funds in KSP 2 and issues, that come with removing them from the game. 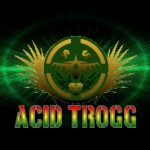