I'm on 1.9 with Breaking Ground, no mods, Windows 10 Steam version.  When I'm in game, I can save games just fine.  If I try to load to go back to a previous state (trying to dock with RCS translation and failing over and over), I can select the game to load from the screen, but pressing load does nothing perceptible, and the selection of saves stays on the screen.  If I quit out to the main menu, I can't even load back into that career any more.  I have to quit out of the game entirely and restart it.  Sometimes the save selection screen will even decide to stay on the screen and not let me close it.  My searches failed to find any similar problems.
It's not a problem with the save -- if I close out of the game, delete the persistent files and copy the save game in question and rename it persistent, it loads up fine. 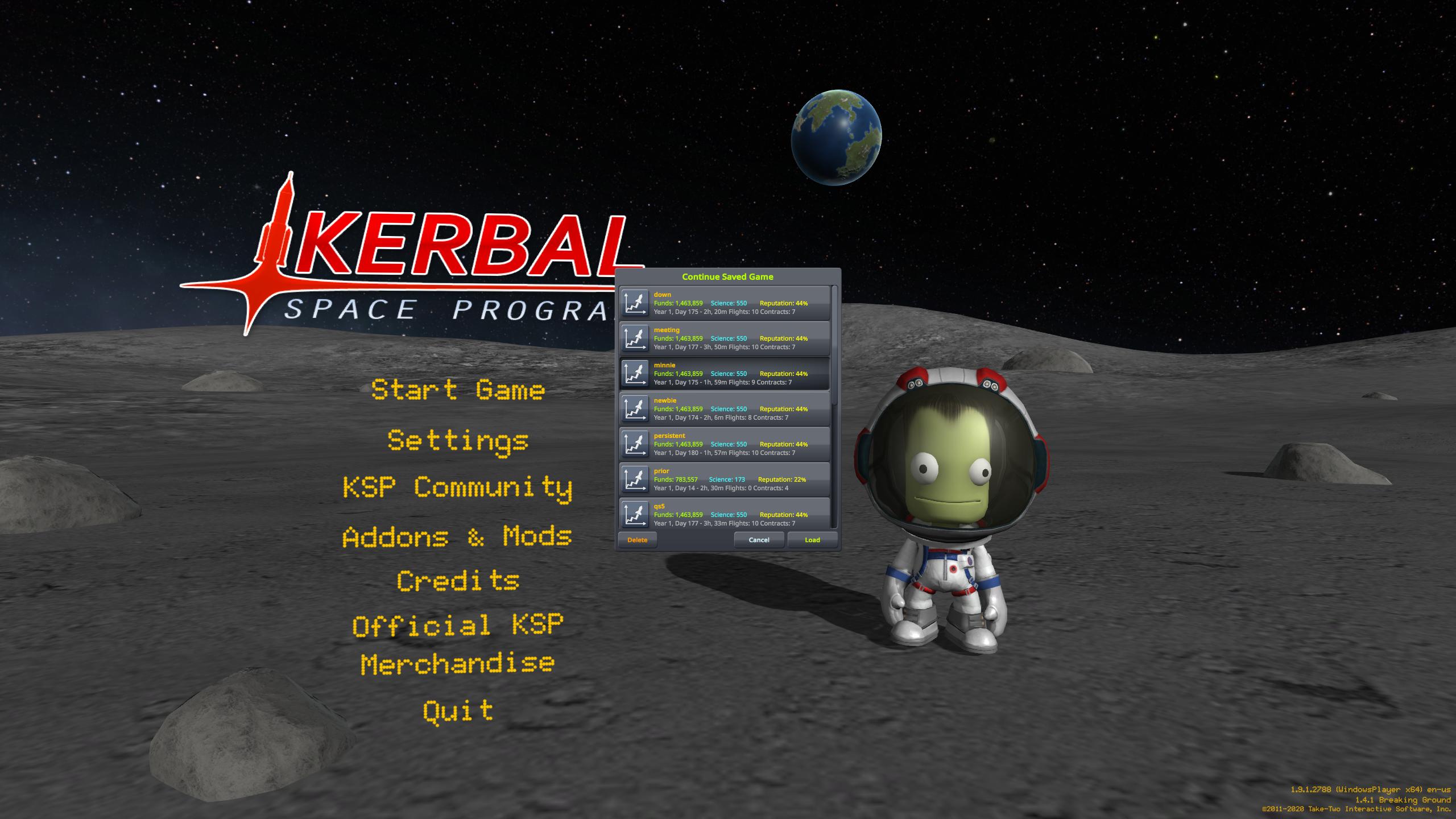